Let my ex-lover rot in jail, her acid attack has ruined me - Gyan 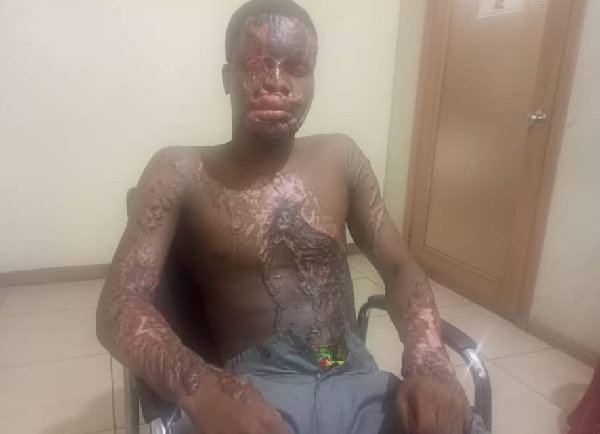 Twenty-four year-old Derick Ofusu Gyan whose girlfriend is currently serving a five-year jail term for pouring acid on him, has denied claims that he has recovered from injuries he sustained as a result of the attack.

According to Gyan, he has not been able to step out of his house since he was left visually impaired and disfigured after the incident.

Apart from that, Derick says he can barely lift up his two hands, adding that he constantly feels sharp pains in his legs.

Gyan who had to depend on his mother, Martha Doodo, and friend, Kelvin Yeboah to visit the offices of the Mirror Newspaper on Friday, July 15, 2022, said his life has become meaningless since he can no longer go about his daily activities.

“I have been home since that day, my eyes cannot see, I have not been able to move out. I have been indoors for the past seven months now”, he said to debunk claims by Gloria that he is working again. 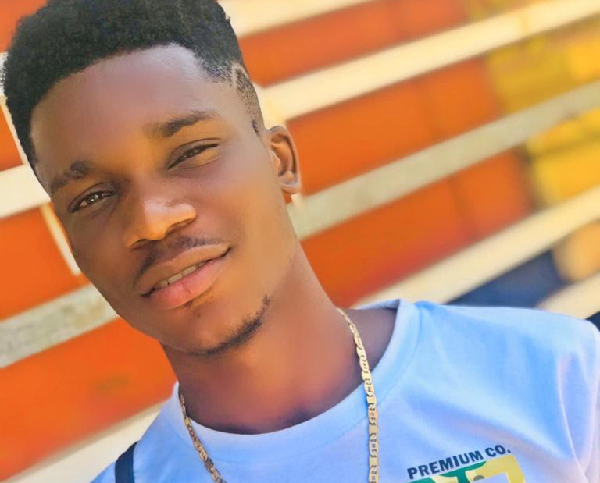 Gyan before the incident

He also denied the claim by Gloria that the surgery he underwent was paid for by the convict’s mother.

“They never took care of my surgery, no one reached out to me from her side, so I am surprised that she will say her mother took care of my surgery. I want the public to know that all that she said isn’t true. She has not apologised to me as she claimed. I have been home since that (day) seven-month suffering. I have been there ….. Depression is killing me. I am not fit”, he voiced out in pain.

It will be recalled that in the July 6, 2022 edition of The Mirror Newspaper, Derick’s ex-girlfriend, Gloria Pearl Atigah appealed to President Nana Addo Dankwa Akufo-Addo, for clemency.

Gloria who is said to have been losing her eyesight as a result of burns she sustained while pouring the acid on Derick, said she cannot blink and sleeps with her eyes open.

But Derick has also appealed to the President to allow Gloria to serve her full term since her actions have destroyed his life.

Gloria, who was a first-year student at a senior high school at Adeiso in the Eastern Region, was sentenced in February this year to a five-year jail term by a Sogakope court for pouring Sulphuric acid on her boyfriend’s face as punishment for jilting her.

According to Derick, he suspected that Gloria was cheating on him, hence he called for an end to the relationship when she visited him at Sogakope in the Volta Region.

Gloria subsequently, travelled back to Nsawam where she bought the acid, and returned to Sogakope to douse her boyfriend’s face with the stuff.

Tell the President to pardon me - Convict