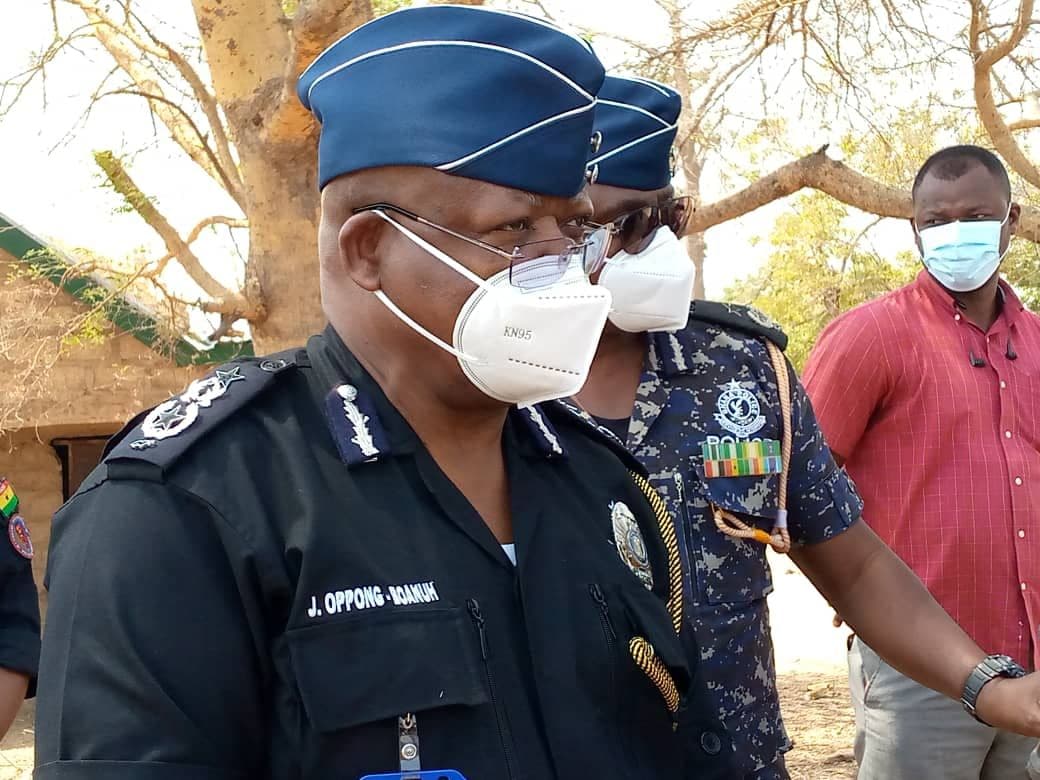 The Inspector-General of Police, Mr James Oppong-Boanuh, has said the practice of LGBTQI in the country is illegal, and therefore, the service will deal with anybody who infringes the law.

Section 104 of the Criminal Code of Ghana criminalises unnatural carnal knowledge and anybody found to be guilty of having unnatural carnal knowledge of any person of age 16 years or over without his or her consent shall be guilty of first degree felony and shall be liable on conviction to imprisonment for a term of not less than five years and not more than 25 years.

It also states that anyone found guilty of unnatural carnal knowledge of any person of 16 years or over with his consent is guilty of a misdemeanor and may be imprisoned for a term of not more than three years.

It defines unnatural carnal knowledge as sexual intercourse with a person in an unnatural manner or with an animal.

According to the IGP, “so far as those laws remain in our statute books, we in the police are going to enforce it”.

“If the people of Ghana decide that we are going to legitimise them and the law should be taken off our books, we are okay with it, but until that is done we will ensure that the laws are complied with,” he added.

Mr Oppong-Boanuh was speaking at the inauguration of a conference hall for the Central Regional Police Command in Cape Coast on Friday.

Gaso Petroleum Limited and some individuals supported the construction of the facility.

The IGP, however, advised the police to be circumspect in handling cases that involved the LGBT plus groups.

“We must ensure that people do not take the laws into their own hands in such cases,” he said.

On an alleged assault of a policeman by the District Chief Executive of Ajumako Enyan Essiam and others, the IGP said upon advice of the Attorney-General’s office, his outfit would proceed with investigations and prosecution of the case.

He further gave an assurance that the police command would support and protect any personnel in line of duty provided such persons worked within the provisions of the profession.

On the recent suicide cases by policemen, Mr Oppong-Boanuh said the command had begun consultations with the Ghana Psychology Association to see how they could help deal with the psycho-social and emotional challenges of personnel.

Mr Oppong-Boanuh further asked personnel with problems to call specific numbers for counseling and support while urging district and regional commands to hold regular meetings to address concerns of personnel in their respective jurisdictions.

The IGP also pledged 200 bags of cement to support the construction of an operations building complex at the Central Regional police headquarters in Cape Coast.

She appealed for more logistics and facilities for the police in the region to enable them to discharge their duties effectively.

The Omanhen of the Oguaa Traditional Area, Osabarimba Kwesi Atta II, pledged to support the police to ensure law and order for sustainable peace in the region.