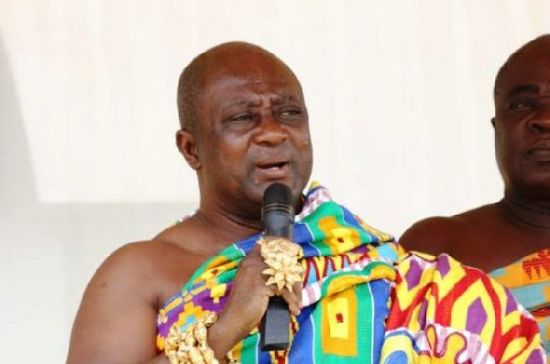 The Krontihene of the Sunyani Traditional Area, Oboaman Bofotia Boamponsem, will lead stakeholders from various sectors to discuss and proffer solutions to the myriad of sanitation issues bedeviling the Bono Region when the region takes its turn in the Graphic/Zoomlion Sanitation Dialogue at the Adult Education Hall in Sunyani today.

The Sanitation Dialogue, which brings together stakeholders from the relevant sectors, is also a drive for behavioural change among Ghanaians for them to see sanitation as a shared responsibility.

The campaign is on the theme:“Keep Ghana Clean”.

With the objective to organise the campaign in all the 16 regional capitals of the country, the dialogue has since been organised in Accra, Koforidua, Ho, Dambai, Kumasi and Goaso.

Sunyani was in the past touted as the cleanest city in the country, and truly so because its streets, gutters were well-arranged and painted buildings were a sight to behold.

That was when the population of the town was relatively smaller than what it is now.

The central business area is now a no-go area, as every available space has been occupied by traders who exhibit their wares on the shoulders of the streets, while street hawking is gradually emerging as the preferred avenue for the youth seeking to eke out a living for themselves.

It is no wonder that the Sunyani Municipal Assembly currently has to contend with the enormous amount of waste generated by residents.
Given this situation, the question as to whether Sunyani still maintains its accolade as the cleanest city in Ghana will be very difficult to answer.

This is because even though most of the old buildings have given way to new and beautiful ones, the pressure on existing sanitation facilities has made the town become a pale shadow of its former self.

Speaking with the Daily Graphic ahead of the dialogue, Oboaman Boamponsem urged residents to use the opportunity to come up with useful suggestions to restore the lost glory of the town.

“Let us use this dialogue as a reference point to go back to the basics that enabled us to keep the town clean in the past. Sanitation is a shared responsibility and we should all put our shoulders to the wheel to make Sunyani clean again,” he said.

Oboaman Boamponsem commended the collaboration between the GCGL and Zoomlion and called on residents of Sunyani to come out in their numbers on Saturday, August 28, 2021 to take part in the clean-up exercise that will be organised as part of the programme.