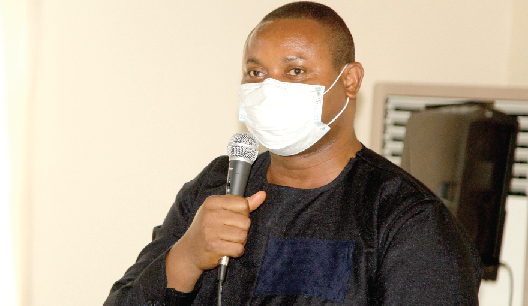 The Lands Commission has been urged to increase public education on the legal processes to acquire and register land and landed property to help phase out the challenges associated with such property acquisition in the country.

The call was made by discussants at a forum organised in Accra yesterday to identify and address the challenges involved in property registration in the country.

The Founding President of IMANI, Mr. Franklin Cudjoe, who led the discussion, said the main challenges of land acquisition could be solved by decentralisation of the land registry.

He said the government must, aside educating the public on the processes, streamline it and make it less cumbersome and expensive for the ordinary Ghanaian.

"It doesn't make sense to buy land in a particular district and have to travel to the regional capital to register it," he said.

The multiple sale of land to different customers, court litigations and the menace of land guards have all made property registration cumbersome in the country beyond the primary challenges that have been identified by stakeholders in the land acquisition space.

A land consultant, Dr. Yaw Adarkwah Antwi, said there must be a national land registration database that functioned properly and was accessible to the public.

Such information on the ownership of land must be captured, processed, stored and disseminated to the public to help guide prospective buyers of land on what to purchase or not, he said.

"You don't assume that the system exists so the public must know but rather you need to increase public awareness on the system to make it effective," he said.

Another speaker at the forum, the Managing Director of Tenth Generation Technology Systems, acknowledged that although there were some legal processes in acquiring land, they were not designed to address the needs of the poor.

He said the issue was not about the existence of processes or systems but how to get those systems to work effectively for the benefit of the nation.

He said when the government found the appropriate ways to deal with land acquisition, there would be fewer court cases, and the cost of land would be significantly reduced.