Cost of living up in Accra 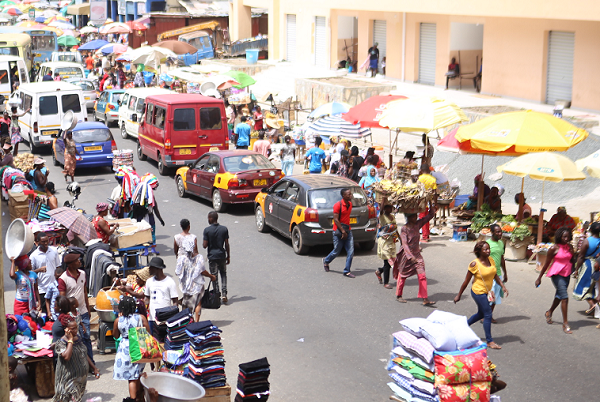 General prices of some essential goods and services have increased in Accra, raising the cost of living amid the COVID-19 pandemic.

Traders fear the increase in food items across the major markets in the capital would lead to low patronage.

On the other hand, tenants in the capital are also lamenting increases in rent, which have shot up by an average of 25 per cent since the beginning of the year, compounding the woes of tenants amid the ravaging impact of the COVID-19 pandemic on businesses and livelihoods.

Although the economy has picked up from its sluggish showing an the onset of the pandemic last year, many businesses, especially micro and small enterprises, have suffered the negative impacts of the pandemic which have affected their disposable incomes.

A random sampling by the Daily Graphic suggests that some landlords in the capital have reviewed their rents upwards between 20 per cent and 30 per cent. This has affected either new tenants or those whose rents are due to expire within the year.

Coupled with the poor regulation of the private housing market, a number of landlords also continue to defy the Rent Act and increase their rates arbitrarily or demand a two-year rent advance, contrary to the six-month advance permitted by law.

Reacting to these concerns, some landlords said the increments were justifiable because “the prices of goods and services have gone up so we are also compelled by circumstance to increase our rates.”

"By convention, I review my rent charges every two years. But if the tenant is already occupying the room, I take only one year advance," 70-year-old Maame Gyamfua, a landlady at Odorkor Tipper, said.

Another landlord at Nungua, Nii Feehi, who said he had increased his charges by 10 per cent, explained that the increment was to cater for some repair works "because the prices of building materials have shot up.”

Cost of building materials up

Checks by the Daily Graphic indicate that the prices of building materials have shot up exponentially since December 2020.

In an interaction with some agents, landlords and tenants in the lower segment of the market, it was gathered that in areas where a single room, for instance, cost an average of GH¢100 a month, the rate has shot up to an average of GH¢120 whereas a chamber and hall unit has jumped from an average of GH¢200 to GH¢250.

In the same vein, a single room self-contained which cost an average of GH¢200 before the end of last year has shot up to an average of GH¢250, with all other room types having their rates increased substantially since January this year.

Meanwhile, tenants in prime locations of those areas as well as in Cantonments, Ridge, Legon, Osu, Tema, Dansoman, Spintex, Sakumono, Asylum Down and Labone were likely to pay at least 50 per cent more depending on the quality of the facility and the preference of the tenant.

The situation has compelled people to move away from the city centre to the outskirts of Accra where rents are moderate, with its implication on productivity as many have to trek for long distances to work.
Others with parcels of land on the outskirts are forced to develop them to habitable levels for them to move in.

Section 19 of the Rent Act, 1963 (Act 220) prohibits landlords from increasing their rent without prior approval by the Rent Control Department.

Per the law, the rent could only be increased when the landlord had made some improvement in the apartment where the tenant lived and must be assessed by a Rent Officer before the proposed increment is approved.

“No landlord of, or other person interested in, any premises, shall collect the increase in rent attributable to an increase in rates in respect of any period before such increased rates were assessed,” the law reads in part.

Some residents of Accra decried the surge in rent in interviews with the Daily Graphic, expressing fears that they might not be able to secure a ‘decent’ shelter in the near future as their incomes had not changed over period.

A private school teacher and resident of Nungua, Ms Lydia Tenewaa, said her landlord recently informed her that her rent had been increased from GH¢110 to GH¢150.

“It’s been a headache for me. We were not working for months because of the closure of schools so I have nothing in the coffers to settle the amount,” she lamented.

Another tenant in Teshie, Mr Richmond Hagan, said he had budgeted for his rent only for him to be informed last week that it had been reviewed upwards from GH¢450 to GH¢480.

“It is unthinkable that after just a year, I would be required to pay such a huge increment,” he said.

The Secretary-General of the National Tenants Union of Ghana (NATUG), Mr Frederick Opoku, said the union had taken notice of the situation, blaming the behaviour of the landlords on the failure of the authorities to enforce the law.

He underscored the need for the government to prioritise the housing needs of the citizenry and resource the Rent Control Department because “we have more than 11 million tenants across the country.”

“We also need to review the Rent Act. Section 25 (sub-section five) is where we have the problem. Now there is a Bill but it has been there since 10 years now and nothing has been done about it. We are ready to assist the government to formulate a policy to resolve rent challenges,” he said.

All efforts to get a comment from the Rent Control Department on the issue proved futile, as all the schedule officers, including the public relations officer, were said to be unavailable.

A survey conducted by the Daily Graphic at the Kaneshie, Makola, Kasoa, Galilea, Agbogbloshie and Mallam Atta markets revealed a departure from what pertained in the latter parts of last year when the markets were full of activity, mainly due to increases in prices.

Madam Victoria, a tomato seller at the Kaneshie Market, said the price of tomatoes was high because tomatoes were currently out of season.

She said a small container of tomatoes (500 ml bowl) which was sold for GH¢20 in December last year, was now selling between GH¢30 and GH¢35.

A plantain seller at the Kaneshie Market, who mentioned her name as Aunty Akosua, said plantain was currently expensive because of low and delayed rainfall which had hampered productivity.

She indicated that during the Christmas season when plantain was in abundance it was sold for between GH¢5 and GH¢15 per bunch, but now a bunch of plantain was sold between GH¢30 and GH¢50.

A buyer at the Kaneshie Market, Mrs Martha Affornu, said in spite of the hike in prices, they had no choice but to patronise the foodstuff.

"Food prices are now high, a small tuber of yam now costs GH¢10 instead of GH¢5. It is very difficult to cook a decent meal with GH¢50, but there is nothing we can do but to buy what our strength can afford," she stated.

The Head of the Marketing Unit at the Statistical Research and Information Department, Ministry of Food and Agriculture (MoFA), Mr John Nortey, explained that prices of foodstuff depended on the season and weather conditions, while some also depended on the shelf life of the item.