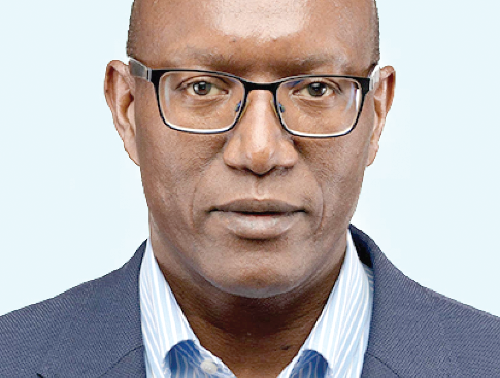 The African Development Bank (AfDB) remains committed to financing gas projects for energy generation in Africa, the Vice-President for Power, Energy, Climate and Green Growth at the bank, Dr Kevin Kariuki, has said.

In spite of a global campaign against investment in fossil fuels, he said, the development bank was very much aware of Africa’s energy challenges and the need to address them.

The bank would, therefore, continue to fund gas projects, provided the emissions from that source of energy were captured in the country’s Nationally Determined Contributions (NDCs).

NDCs, which are at the heart of the Paris Agreement, embody efforts by each country to reduce national emissions and adapt to the impacts of climate change.

Dr Kariuki was speaking at a press conference by the AfDB ahead of its 2022 Annual Meeting which will be held between May 23 and 27, this year on the theme: “Achieving Climate Resilience and a Just Energy Transition for Africa”.

He said while the board of the bank gave approval last year that it would no longer invest in new coal investments, it would continue to invest in gas.

“When it comes to gas, we do understand that Africa needs to address its energy problems; therefore, from where we stand, as long as a gas project has been included in a country’s NDCs, the bank remains committed to financing gas projects that are part of the NDCs,” he stated.

Dr Kariuki also pointed out that the bank was championing and leading efforts on climate change, and that for the next five years between 2020 and 2025, it intended to double its funding for climate change projects.

He said funding was available to support African countries to build resilience, adaptation and mitigation against climate change.

“We will double the funding to $25 billion over the next five years. Over the last five years, we have spent about $13 billion,” he stated.

He said the bank’s focus would, however, be on adaptation projects, stating that “we have decided to focus on adaptation, and out of the money we dedicate to climate finance, at least 50 per cent will go into adaptation”.

Dr Kariuki noted that the bank dedicated 67 per cent of its entire climate finance budget to adaptation in 2021.

“Climate change is already here and there is little we can do about it, so the key thing is to help people adapt to its impact,” he said.

Addressing the question of how Africans could leverage digitalisation, the Chief Economist and Vice-President for Economic Governance and Knowledge Management of the AfDB, Professor Kevin Chika Urama, said the value of digitalisation could not be overstated, as it had accelerated digital economies around the world, especially during the COVID-19 pandemic.

He said Africa had been a trail blazer in many aspects in terms of digital banking and mobile banking options.

The upcoming annual meeting would, therefore, bring together some of those innovators to start looking at how the continent could leverage all the good things that were already happening within the digital economy on the continent, he said.

“We also see a lot of digital currencies that are already expanding around the world and Africa should not be left behind,” Prof. Urama stated.

Agric must be resilient

Commenting on the continent’s vulnerability to external shocks in the face of the Ukraine/Russia crisis, the Director, Agriculture and Agro-Industry at the AfDB, Dr Martin Fregene, said Africa’s agricultural sector must be more resilient.

He said the bank was, however, responding to the emergency and trying to help African countries combat the sharp increases in fertiliser and fuel prices.

Dr Fregene said the bank was doing that by providing support for governments and farmers.

“The reason Africa turns to Russia and Ukraine to buy cheap maize is that our local production is not competitive and the cost of putting that same grain on the global market is much higher, compared to if you are importing,” he explained.

In that regard, he said, the bank was putting in place measures to increase productivity on the continent.

“The bank has a technology for Africa’s agricultural transformation that helps about 40 million farmers in Africa to raise their productivity through the use of the best technology available and also train them to make use of the technology,” Dr Fregene stated.

The Secretary-General of the Bank Group, Prof. Vincent Nmehielle, said the annual meetings marked one of the most important events on the calendar of the bank, attracting around 3,000 delegates and attendees yearly.

The meetings allow the organisation to take stock of progress with its shareholders.