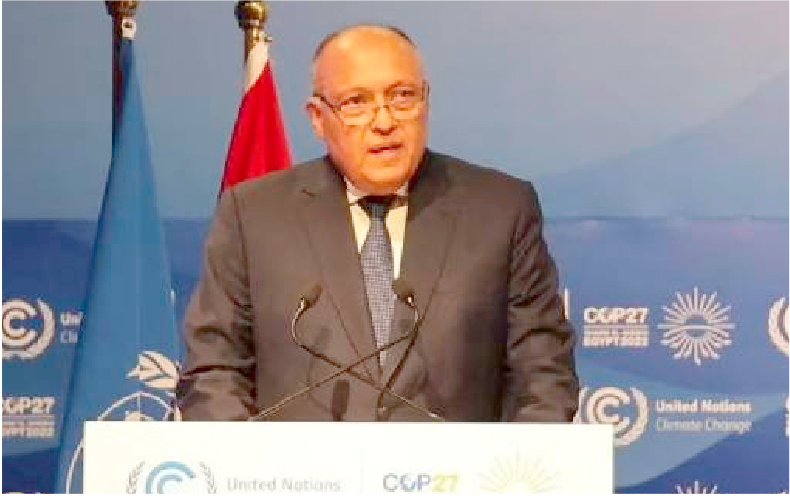 Global efforts to tackle the climate crisis hit a major milestone with the launch of the "Sharm el-Sheikh Adaptation Agenda" to enhance climate resilience for four billion people living in the most vulnerable communities by 2030.

As the first comprehensive global adaptation plan, the initiative seeks to rally both state and non-state actors behind a shared set of 30 adaptation outcomes across strategic areas such as food and agriculture, water and nature, oceans and coastal, human settlements and infrastructure systems, as well as planning and finance.

The event, which is in line with COP27’s focus as the Implementation COP, explored how non-state actors were “making good on promises” to achieve a resilient, net zero future.


The Sharm-El-Sheikh Adaptation Agenda is in response to the devastating impacts of climate change that affects vulnerable people across the world.

It outlines 30 adaptation outcomes to enhance resilience for fur billion people living in the most climate vulnerable communities by 2030.

The outcomes contain global solutions that can be adopted at a local level to respond to local climate contexts, needs and risks, as well as deliver the systems transformation required to protect vulnerable communities to the rising climate hazards such as extreme heat, drought, flooding and extreme weather.

The initiative comes at a time research warns that nearly half of the world’s population will be at severe risk of climate change impacts by 2030.

The 30 adaptation outcomes relate to the transitioning to climate-resilient sustainable agriculture that can increase yields by 17 per cent and reduce farm level greenhouse gas (GHG) emissions by 21 without expanding agricultural frontiers, while improving livelihoods of smallholder farmers.

It also entails protecting and restoring an estimated 400 million hectares in critical areas (land and freshwater ecosystems) and supporting indigenous and local communities with nature-based solutions to improve water security and livelihoods targeted at transforming two billion hectares of land into sustainable management.

The agenda also seeks to protect three billion people by installing smart and early warning systems.
Again, it prioritises the investment of $4 billion to secure the future of 15 million hectares of mangroves through collective action to halt loss, restore and double protection, and to ensure sustainable finance for existing mangroves.

Additionally, it looks at expanding access to clean cooking for 2.4 billion people through at least $10 billion a year in innovative finance.

The agenda will also mobilise between $140 billion and $300 billion needed across both public and private sources for adaptation and resilience, and spur 2,000 of the world’s largest companies to integrate physical climate risk and develop actionable adaptation plans.

The COP27 President called on all state and non-state actors to support the agenda.

Mr Shoukry said it was envisioned that the adaptation agenda would represent a significant contribution towards enhancing global action on adaptation and resilience as an utmost priority.

He observed that if COP27 was about implementation, it must also necessarily focus on accountability so as to fully address the finance and implementation gaps with the speed and scale required.