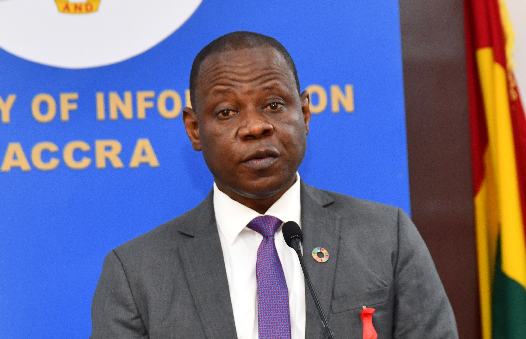 According to the GHS, although control measures have been put in place to curb the outbreaks, it has advised the public to stay alert to ensure that the health system is not overwhelmed.

Giving a breakdown of figures at a press conference on Wednesday, the Director General of the GHS, Dr Patrick Kuma Aboagye said the number of COVID-19 active cases as at June 7 stood at 452 with the Omicron variant being the most dominant.

He said the active cases were mostly concentrated in Accra, with four and three cases in the Eastern and Western Regions respectively.

He added that out of the figure, there was none severe or critical, and that no death had been recorded since March 2022.

He added that the new cases were mostly recorded in schools and work places.

He said the country has also recorded a low positivity rate at the Kotoka International Airport.

“Ghana generally records an increase in respiratory tract infections at the onset of the rainy season with peaks around July. There is further evidenced by current increase in Influenza infections picked from existing influenza and other respiratory virus sentinel site,” he said.

He added that the decline in mask wearing and vaccination are also contributing factors.

He therefore urged the public to protect themselves by wearing nose mask and get vaccinated against the disease.

According to Dr Kuma Aboagye, 773 cases of the Influenza A H3N2, with the first case being recorded in January in the Eastern Region.

He said a surge of the disease started in April.

He added that cases of the Influenza A H3N2 have been confirmed in all regions, except the Upper East, Upper West and North East Regions.

According to Dr Kuma Aboagye, five cases of the Monkey Pox Disease have been recorded in the country.

He said the cases were in the Eastern, Western and Greater Accra Regions.

He noted however that no death has been recorded, neither is anyone in a critical condition.

He said a total of 12 suspected cases have been investigated since May 24, 2022.

According to Dr Kuma Aboagye, there is currently no treatment for Monkey Pox.

He added that although there is a vaccine available for the Monkey Pox disease, it was currently not available in Ghana.

According to Dr Kuma Aboagye, control measures such as surveillance for the three diseases have been put in place to ensure that the cases do not escalate.

He therefore urged the public to keep to the protocols regarding COVID-19 and encouraged unvaccinated persons to get the vaccines.

"All cases of the infections may stretch the health system if the, especially COVID escalates beyond where we are now," he said.