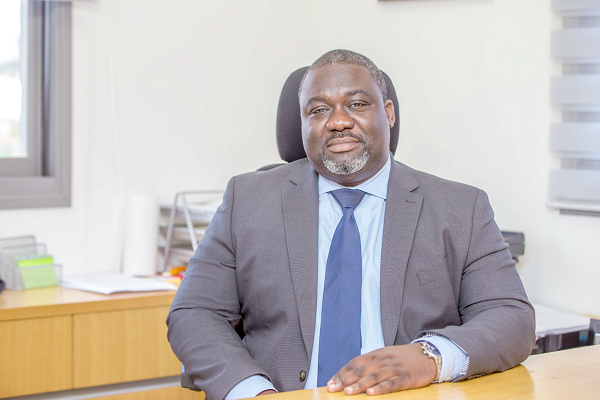 The government has cleared a portion of the indebtedness of the Tema Oil Refinery (TOR) as part of efforts to strengthen the refinery and make it more robust to deliver value to the state.

The refinery said part of its debt, amounting to GH¢1 billion and $67 million, was paid by the government in 2018 and that created fiscal space for the refinery to engage in more productive ventures.

In a statement copied to the Daily Graphic yesterday, the company said the current Board of Directors and management had also revamped the operational structures of the refinery, presided over its first turnaround maintenance since 2009 and ensured steady supply of crude oil for continuous processing.

It said the board and management had also ensured that the accounts of the firm were audited for the first time since 2013.

TOR’s Board of Directors is chaired by the Paramount Chief of the Talensi Traditional Area, Tongrana Kugbilsong Nanlebegtang.

The statement, which was signed by TOR’s Corporate and Public Relations Manager, Dr Kingsley Antwi-Bosiako, was in reaction to allegations by the union of the refinery that the current Board of Directors was ineffective and must, therefore, be replaced.

The workers had staged a protest on the company’s premises in Tema on Wednesday, during which they pleaded with President Nana Addo Dankwa Akufo-Addo to dissolve the board within a week to save the refinery from further deterioration.

In the statement, TOR said the allegations were misleading and did not support the facts on the ground.

It said the agitations were occasioned by a request by the board and management that negotiations for the Collective Bargaining Agreement (CBA) be deferred to 2021 due to the harsh economic impact of COVID-19 on TOR‘s finances in 2020.

The statement explained that the current board and management took over a challenged institution but succeeded in reversing its status through hard work and strategic policy directions.

It recalled that in 2017 when the board took office, TOR had outstanding debts of around $345 million and about GH¢1.05 billion owed to third parties, traders and financial institutions.

“The statutory liabilities owed the Ghana Revenue Authority (GRA) and the Social Security and National Insurance Trust (SSNIT) as well as utility companies and others amounted to about GH¢84.4 million.”

“In addition, about GH¢11.8 million staff related liabilities were outstanding as of December 31, 2016,” it said.

It added that the refinery had also missed three cycles of turnaround maintenance, resulting in “a deteriorated refinery plant” that suffered frequent shutdowns.

It said the lack of maintenance also made the plant inefficient and unsafe for staff to work in.

Touching on the achievements of the board and management since it took over, the statement said they had successfully carried out the maintenance and that had improved the efficiency and availability of the processing plants.

“Under the current board, TOR has seen more operation days than between 2009 and 2016, and has engaged with oil traders such as Woodfields, leading to the signing of a processing agreement for TOR to process 11 million barrels of crude oil on their behalf since September 2019 to date,” it stated.

It said the board and management had also replaced a furnace that exploded before they resumed office.

“Thus, the current board has demonstrated the capacity to and also ensured that TOR has had consistent supply of crude oil/ feedstock for processing as compared to previous years,” the statement said.

The statement disclosed that the board and management developed a profitability improvement plan in May this year to help revitalise TOR by setting out a clear path that would ensure that the refinery was able to operate as a viable going concern.

It said through the hard work and the diligence of the board and management, the company had been able to maintain its staff in the midst of the COVID-19 pandemic that had dealt a blow to its operations and finances.

It concluded by assuring the unionised staff that the board and management valued the CBA negotiations and would continue to engage them in the interest of the refinery and its employees.