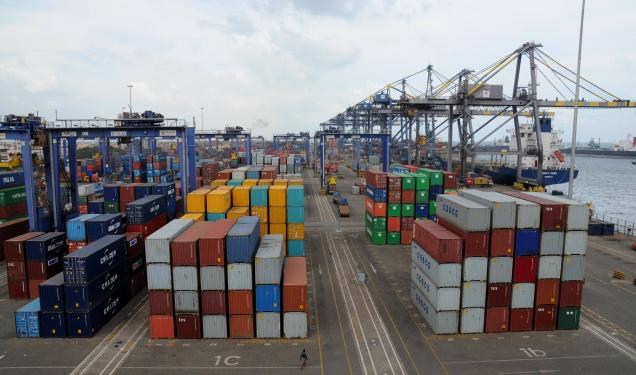 The Ghana Federation of Labour (GFL) and the Ghana Union of Traders Associations (GUTA) have commended President Nana Addo Dankwa Akufo-Addo for directing the Customs Division of the Ghana Revenue Authority (GRA) to suspend the implementation of the reversal of discount on the benchmark value policy to pave the way for broader consultations with stakeholders.

They said the directive would bring some sanity into the trading community.

In separate interviews with the Daily Graphic, officials of the two associations said the President's directive to the GRA had allayed the fears of massive job losses.

The General Secretary of the GFL, Mr Abraham Koomson, said his outfit had anticipated job losses because of the imminent collapse of local manufacturing companies had the discounted benchmark policy in its current structured form been implemented.

Speaking last Saturday, Mr Koomson called on key stakeholders in the trade and industry space to use the opportunity provided by the President to dispassionately discuss the best way forward for the policy in the interest of Ghana’s development.

"We expect the relevant government agencies spearheading the benchmark value policy to exercise due diligence in the assessment of the impact of the policy on the local manufacturing industry and the general Ghanaian economy in terms of job creation and sustenance," he said.

The government introduced the discount policy on benchmark values in 2019, in accordance with the World Customs Organisation’s (WCO’s) policy of regular review of valuation database.

Under the policy, the benchmark value of selected goods was reduced by 50 per cent, while the import value for cars was brought down by 30 per cent.

However, on January 2, this year, the GRA issued a directive that effective January 4, 2022, the authority would begin the implementation of the reversal of discounts on benchmark values on specified categories of goods.

Following that announcement by the GRA, some stakeholders, particularly GUTA, and importers and exporters raised concerns that the reversal of the discounted benchmark values on goods, when implemented, would result in higher prices of goods and worsen the plight of Ghanaians, who were barely coping with the COVID-19 pandemic.

On the other hand, the Association of Ghana Industries (AGI), the major proponent for the reversal of the discount on benchmark values on goods, maintained that the implementation of the policy was a step in the right direction, as it was a bold step towards building robust local industries.

In the midst of the brouhaha, the opposition National Democratic Congress (NDC) held a press conference in Accra last week and called on the government to put the implementation of the policy on hold for broader consultations.

Last Saturday, President Akufo-Addo directed the GRA to suspend the implementation of the policy for the nagging issues to be addressed.

While describing the President's directive as a prudent move, Mr Koomson underscored the need for the key actors not to take entrenched positions during the engagements and consultations but look at what was feasible, so that the outcome would be mutually beneficial to all parties.

"While we recognise and respect the crucial role of importers and exporters in building a strong national economy, we appeal to the government and other stakeholders to be mindful of the critical contribution of the manufacturing industry in terms of job creation to foster