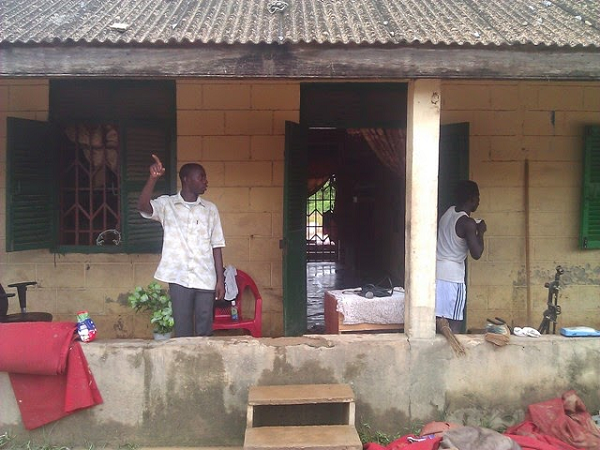 Ebusua Incorporated, a non-government organization has renovated a leaky roof which has become a source of worry to the pupils and teachers of Antem M/A Basic School in Cape Coast in the Central Region.

In addition to the rehabilitation, the group also donated some stationaries to pupils of the Antem M/A basic School to aid their studies.

A Past President of Ebusua Incorporated, Mr George Seth Williams said the idea of assisting Antem M/A basic School came out of an article published some time ago that revealed the dilapidated state of the school which was destroyed as a result of torrential rain and had forced the pupils to take classes under trees.

Mr Williams said the Ebusua Incorporated submitted a request to the Council of Ghanaian Associations in America (COGA) for assistance in rehabilitating the roofing of Antem School building but because of limited resources and also acquired some reading materials which he noted were essential for the development of the mind.

The Headmistress of the school Mrs. Elizabeth Otoo said the school was facing a lot of challenges including flooding, leaking roof which she said made it very difficult for the pupils to study when it is raining.

"Because the roofing sheets were so worn-out the classroom and entire school gets flooded when it rains.

Mrs Elizabeth said that due to the problems most parents have taken their wards from the school.

She also pleaded with the general public to come to their aid and help them build the school and help the children since most of them come from a less privileged family and that their educational needs are met by their parents.

Mrs Elizabeth expressed her delightfulness about the gesture and pleaded for more support.