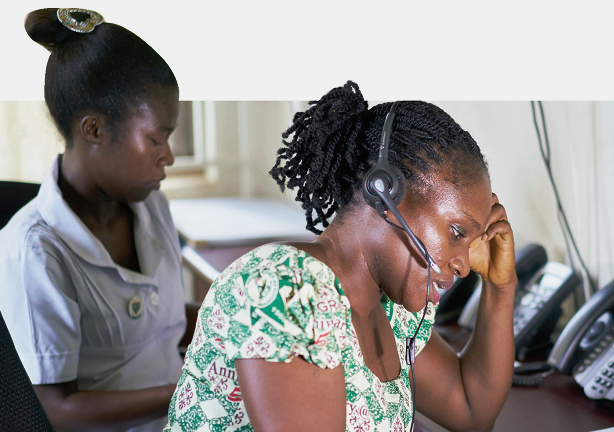 The beneficiary regions are the Upper East, Central, Volta and Ashanti.

The establishment of the centres follows the successful implementation of a three-year telemedicine pilot project from 2011 to 2013 in 30 communities in the Amansie West District in the Ashanti Region.

Since the project ended in 2013, telemedicine has been scaled up to cover the whole of the Amansie West District.

The Director General of the Ghana Health Service (GHS), Dr Ebenezer Appiah Denkyira, announced this at a digital health dialogue organised by the Norvatis Foundation and the GHS last Friday.

He said presently a road map for the national scale-up of telemedicine was being developed to cover the entire nation by 2017.

The dialogue brought together experts from the private sector, the government, civil society and academia and it is part of a series of dialogues on global health which the Norvatis Foundation is spearheading to provide a forum for the exchange of knowledge from innovative healthcare delivery models pioneered in a number of areas of the world.

Dr Appiah Denkyira said the GHS Enterprise Architecture (2009), which forms part of the service’s policies and plans, stated that telemedicine applications would play an increasingly important role in health care in the country.

He said the programme would provide tools that were indispensable for home health care, remote patient monitoring, disease management, rural health, among others.

The pilot project was organised by the GHS and the Norvatis Foundation, a philanthropic organisation pioneering innovative healthcare models that can have a transformational impact on the health of the poorest populations and was implemented by the Millennium Villages Project (MOVE), with support from the Ghana Ambulance Service and the National Health Insurance Scheme (NHIS).

The Telemedicine Project Manager, Mr Joseph Adomako, told a group of journalists from Ghana, Nigeria, Uganda and France during a tour of the project area that an assessment in December 2014 showed that 34 per cent referrals were prevented through the use of the telemedicine facility.

Again, 54 per cent of all the teleconsultation cases in 2013 were resolved by telephone, he added.

The assessment, he said, also showed that the project had brought about an improvement in the capacity of periphery staff, as they were able to take up cases which hitherto were beyond them through the use of tele-consultations.

During the pilot programme, he said, the TCC, where the calls from implementing communities were received at the district hospitals, recorded an average of 380 calls a year covering inquiries relating to a wide range of medical complaints.

Dr Ann Aerts, the Head of the Norvatis Foundation, in her opening remarks during the dialogue, said the project was conceived to help ensure that access to health care and medicines for people in low and middle-income countries did not become a challenge, as people often had to travel considerable distances to receive quality care.

She said mobile technology centralised expertise that supported and empowered community health workers in their care of patients, adding that the goal of the project was to expand access to quality care in those rural areas, reduce transportation times and costs for patients, while avoiding unnecessary referrals.

Writer's This email address is being protected from spambots. You need JavaScript enabled to view it.