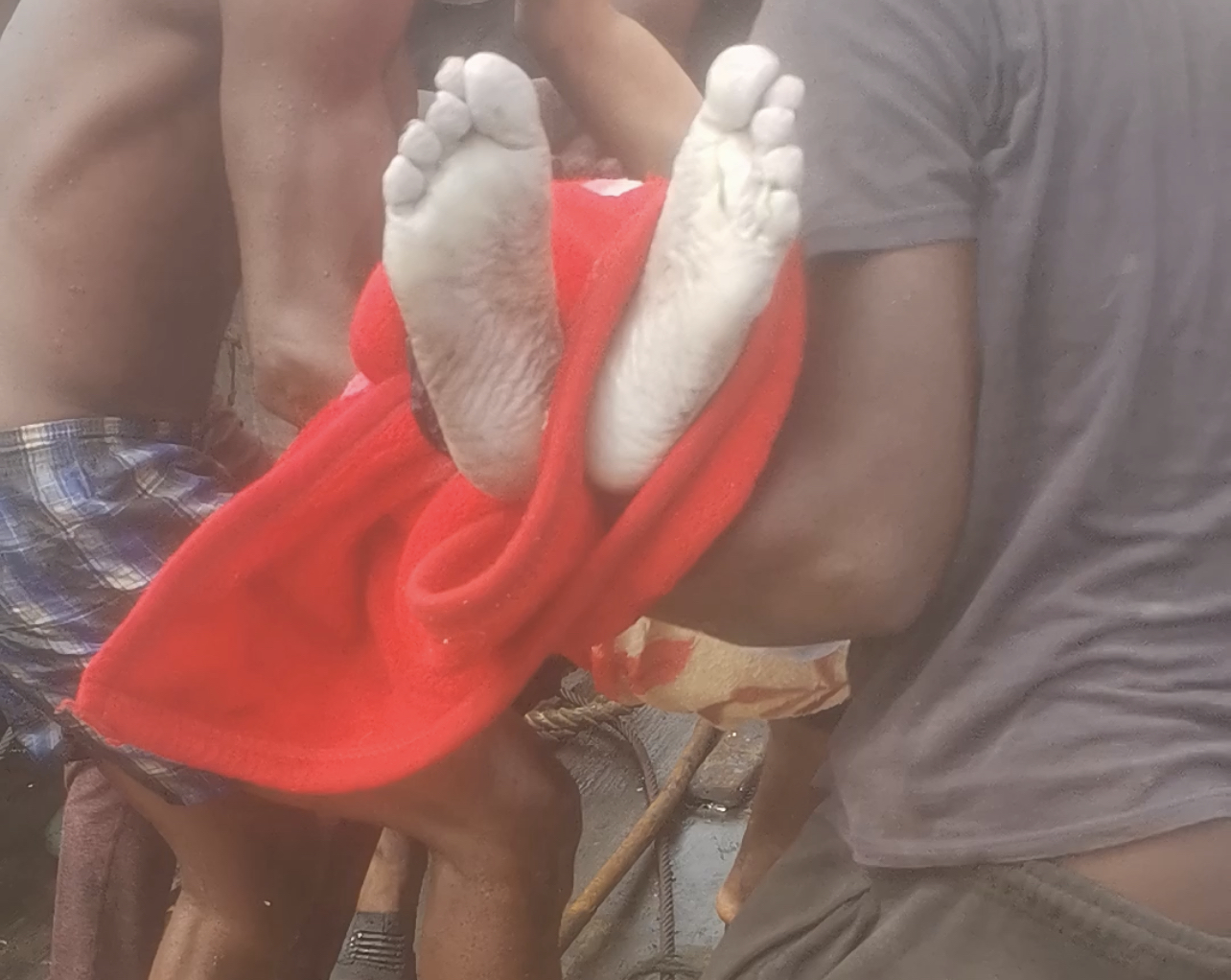 The body of the captain of a fishing vessel that sunk between Elmina and Sekondi-Takoradi has been retrieved.

Fifteen persons who were onboard the vessel including four Chinese nationals and 11 Ghanaians have been rescued by the Ghana Navy and have been taken ashore.

However, 11 other persons, including the observer from Fisheries Commission who were onboard are missing.

The vessel, MV Comforter said to be of the size of about a 50-seater bus sunk between the sea waters of Elmina and Sekondi-Takoradi.

Reports indicate 26 persons were on board. They were five Chinese nationals and 20 Ghanaians.

The vessel reportedly sunk in the early hours of Saturday (May 7, 2022) with all the crew on board.

Some of them were able to swim to a nearby vessel, with the name Menghxin 6.

The crew was hauling a net that had so much fish in it.

The crew, it is reported had some difficulty pulling the net full of fish to the vessel.

Around that same time, it was raining heavily with with thunderstorms.

The vessel, according to the survivors, could not sustain the balance on one side and sunk with all the crew on board.

The rescue mission began with the nearby vessel, Menghxin 6, and the Ghana Navy later joined.

The Navy has been combing the incident area and is still on a search of other survivors.

So far, the body of the captain of the vessel has been recovered but the observer on board the vessel is yet to be found.