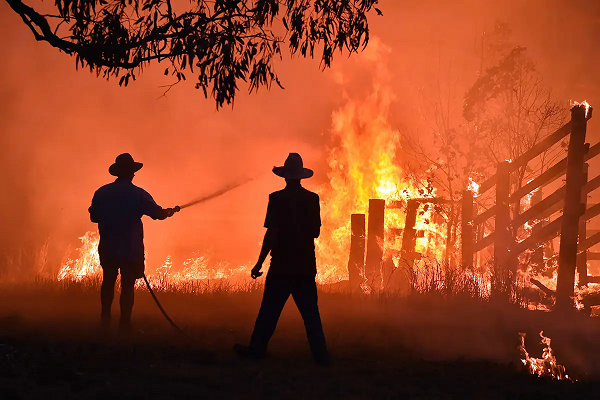 The Upper West Regional Command of the Ghana National Fire Service ( GNFS ) has trained 300 fire volunteers to help combat fire in this year's harmattan season which begun in November, 2021.

At a passing-out ceremony to launch this year's regional bushfire prevention campaign at Issa in the Daffiama / Bussie / Issa (DBI) District last Tuesday, various equipment including Willington boots, jackets, and cutlasses donated by the German International Cooperation (GIZ ) were presented to the trained fire volunteers.

"This constituted to a 26 percent reduction in the bushfire outbreaks due to intensified education and sensitisation", he said.

The bushfires, Mr Dodoo said, resulted in the loss of 363 acres of farmlands cultivated with foodstuffs at an estimated cost of GH¢619,646.32.

He said although there was no death or casualty, 725 people including women and children were displayed.

For him, the training of the fire volunteers was an attempt to combat such occurrences in the future, hence encouraging the fire volunteers to exhibit a high sense of professionalism in the discharge of their duties to prevent the degradation of the environment.