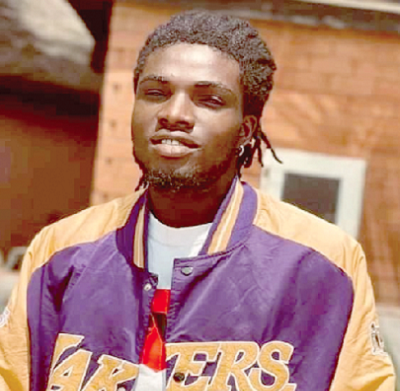 A twenty-four-year-old up and coming musician in Cape Coast, the Central regional capital, has been stabbed to death.

The deceased, Emmanuel Aikins, aka Unruly Grank and Soft Metal in music circles, was stabbed last Sunday, at the Orange Beach Resort, near the Cape Coast Castle over a misunderstanding between him and Bright Ellis, a 27-year-old artisan.

He was rushed to the Cape Coast Metropolitan Hospital for treatment but was pronounced dead on arrival.

The body has since been deposited at the Bakaano mortuary for autopsy while Ellis has been arrested as the police launch investigations into the matter.

The late budding musician, who was well known in Cape Coast and was also very popular and active on social media, was managed by Highness Music.

He used Facebook in particular to promote his latest album titled: Frass pon frass and was preparing to launch a video on the album in April, this year.

The Deputy Central Regional Police Public Relations Officer (PRO), Sergeant Isaac Evans Entie, said a scuffle reportedly ensued between Ellis and  Kahpun, another dancehall artiste in the town over who was more popular.

The two were said to have met at Cape Coast Castle for their ‘rap battle’ but the event turned bloody among them and their fans,resulting in Ellis stabbing Emmanuel.

The suspect, who also sustained a cut on his left hand, subsequently made a report at the police station against the deceased and was issued with medical forms but was later arrested by the police to assist with investigations.

According to an eyewitness, it all started on social media but became physical on Sunday when fans of the artistes attacked one another verbally. This escalated leading to the death of Unruly Grank.

Grank, in many social media posts, claimed he was the king of dancehall in Cape Coast and most of his fans also referred to him as such.

A fan, Sadick Highest, reacting to the announcement of the release of ‘Frass pon frass’ album, said: “Face of Cape Coast dancehall ...Keep it up ma Gee!”

In one of his posts on Facebook, Unruly Grank said: "If you believe yourself, show your face lemme murder you Kahpun”.

Unruly Grank’s management team posted on his Facebook wall yesterday:“We are so sad to have lost our superstar so henceforth, this page will be managed by Unruly Grank marketing team for us to share with you his unreleased projects.”

“He wished to have released several projects for his birthday on April 5, this year. We shall make it though in his name, God Willing!!, the post read.

“Soft Metal Music shall live on!!”