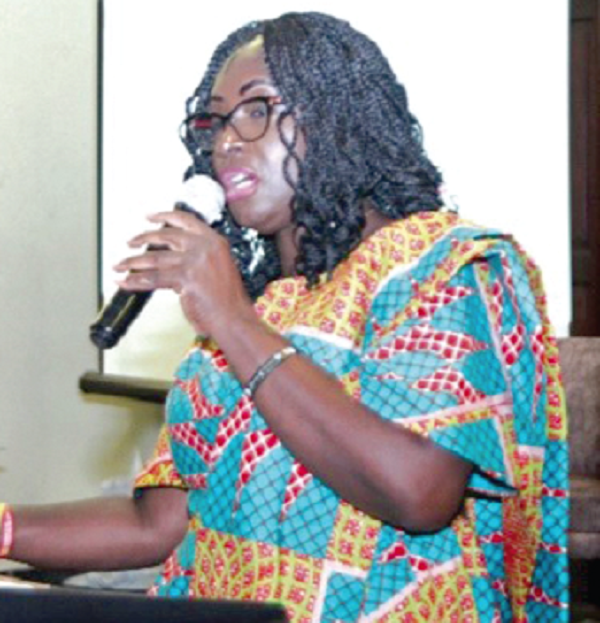 The Deputy Minister of Education in charge of Technical and Vocational Education Training (TVET), Gifty Twum Ampofo, has called on TVET institutions to lay significant emphasis on renewable energy courses and tap into the numerous non-depleting energy sources available to meet the country's electricity demands.

She stated that the country had significant renewable energy resources that had not been fully utilised, and that TVET institutions should explore them effectively in order to meet the country's rising population and their electricity needs.

The minister was speaking at the 18th congregation of the Cape Coast Technical University (CCTU) held last Saturday where she stated that once that was accomplished, the population would be able to combat "Ozone layer depletion and everyone will be proud of being a Ghanaian.”

"As you are aware, there are more non-depleting resources that the renewable energy can be obtained to meet the electricity needs of the country. considering Central Region and Cape Coast in particular, you can mention a number of sources of renewable energy,” she said.

Mrs Ampofo emphasised that the country had reached a point where educational institutions needed to carve out a renewable energy niche in order to prepare students for careers in the energy industry.

"It is fulfilling to learn that the CCTU has given much importance to its niche area, renewable energy by establishing the department of renewable energies and running Bachelor of Renewable Energy degree programme and collaborating with industry players to ensure that whatever knowledge given to students here is what happens in the industry," she added.

She criticised the stigma attached to TVET courses in the country which deterred young people from enrolling, and expressed worry that most parents prevented their children from enrolling in such programmes and instead, sought professions such as law, medicine, and other similar fields, which they believed were superior courses.

"I'm urging parents to support their brilliant children who want to pursue TVET to do so because TVET is for people who can handle our lives and facilities and these are first-class students. We cannot continue to entertain the notion that TVET is for students who are not smart.

“TVET is doing wonderfully well and we are working hard to ensure that there is standardisation in TVET and wherever a graduate appears, by the national qualification framework, that individual has the qualification that is expected," the deputy minister stated.

Mrs Ampofo outlines some of the government's initiatives to rebrand TVET in Ghana and encourage more young people to pursue it.

She stated that the government saw TVET as a critical component in moving the country forward, and as a result, significant investments had been made particularly in the existing 10 technical universities, which had been equipped with state-of-the-art TVET equipment.

"With this, we are sure that the efforts of the government to reduce unemployment, poverty and to get Ghanaians to work in our industries towards achieving Ghana beyond aid through graduates from our technical university become a reality," the deputy minister said.

The Vice-Chancellor of CCTU, Professor Joshua Danso Owusu Sekyere, commended the government for assisting the university with modernised equipment to enable a seamless teaching and learning process, but added that more needed to be done.

"The university is officially dispatching you to the wider world as its able ambassadors, we know it hasn't been easy as most of you have endured numerous challenges on the long path to completion of your programmes of study.