ECG to replace equipment as it receives $130m from govt 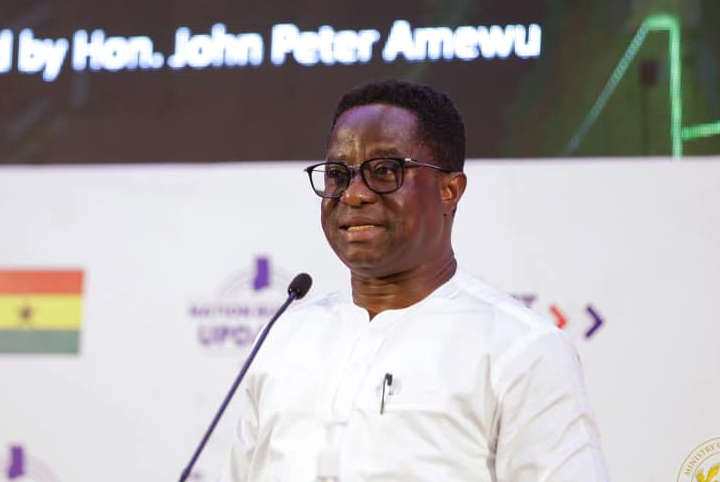 The government has released $130 million for the Electricity Company of Ghana (ECG) to replace all obsolete equipment within its line of operation.

“If the equipment is replaced, it will add value, transform power faster, reduce losses and make power cheaper for consumers,” the Minister of Energy, Mr John-Peter Amewu, said.

Speaking at the 8th edition of the Nation Building Updates in Accra yesterday on the theme: “Keeping the lights on, powering our growth”, the minister said the ECG had been operating with obsolete equipment over the past 30 years.

“There are several pieces of equipment of the ECG that are obsolete and these have been in existence for the past 30 years,” he told the packed auditorium of the Ghana Academy of Arts and Sciences.

He said the challenges of the energy sector were not about adding more kilowatts but ensuring efficiency and good management and maintaining what was already there.

Mr Amewu explained that part of the cause of the high cost of electricity was the obsolete equipment used in the transmission of power.

He expressed the hope that when the obsolete equipment was replaced, “the light will be brighter, power expenditure will be lower and the industry will grow”.

Mr Amewu explained that the synergy that existed among the Ghana Grid Company Ltd (GRIDCo), the Volta River Authority (VRA), the Ghana National Petroleum Corporation (GNPC) and the Ghana Gas Company Ltd accounted for the improved services Ghanaians were enjoying under the current government.

He criticised the previous government for separating the petroleum sector from that of energy, explaining that it resulted in the lack of coordination between the two sub-sectors, which accounted for the challenges the energy sector experienced under that government.

He said under the current government, there was a high level of ministerial collaboration, “and that explains why today you are enjoying power at low tariffs”.

“Today, the Energy Sector Reform Programme, which is led by our Senior Minister, Mr Yaw Osafo-Maafo, has made it possible for us to solve some of our financial difficulties,” he said.

Mr Amewu explained that the government had decided to relocate the Karpower Plant from Tema to Takoradi in the Western Region, with support from the GNPC, to be closer to the gas power plant to reduce the distance of transporting gas, “which ultimately led to the increase in tariffs for the consumer”.

He explained that with the relocation of the Karpower to Takoradi, consumers would not be slapped with tariff increases “as we saw in the past”.

The minister explained that the government had been able to renegotiate the pricing of gas from the country’s oil fields from $8.8 to $6.08 and reduced that of Jubilee Gas, in particular, from $3 to zero.

He also announced that the government had procured 12 million energy-saving bulbs to reduce the consumption of energy.

Using diagrams to illustrate his submissions, Mr Amewu said from 2010 electricity tariffs went up, until 2017 when they started coming down, adding: “Today, under President Nana Addo Dankwa Akufo-Addo, the tariffs that you are paying are far lower than the tariffs you were paying in 2016.”

He said going forward, “we will improve significantly revenue collection with the implementation of remote sensing technology, which is currently being piloted by the ECG”.

“We will reduce losses, particularly in power distribution, by ensuring that the ECG and the Northern Electricity Distribution Company (NEDCo) implement incentive-based loss reduction targets for all,” he assured Ghanaians.

Mr Amewu gave an assurance that the government would complete all ongoing rural electrification projects to ensure value for money.

“We will enforce competitive procurement of power, the least cost fuel procurement and minimising excess capacity charges,” he added.