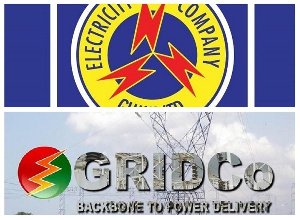 The Ghana Grid Company (GRIDCo) and the Electricity Company of Ghana (ECG) have blamed Monday night's widespread power outage on disturbances within the power system.

In separate statements issued today, the two companies said the outage which occurred on Monday (November 8, 2021) at 7.50 pm was a result of a disturbance.

The GRIDCo statement said the outage was a result of a "significant disturbance" in the power system.

The statement said, "All generating units at Aboadze Enclave and Bui tripped, resulting in a power outage in sections of Accra, the Western, Middle, and Northern parts of the country".

However, the statement said power was restored as of the morning of Tuesday, November 9, 2021, although GRIDCo encountered a similar problem after it restored power at 4.30 am.

"This led to another interruption of electricity supply to several areas of Accra, the Western, Middle, and Northern parts of the country. GRIDCO, in collaboration with its key stakeholders in the power supply chain, has restored power to all BSPs," the statement said.

"GRIDCO assures its valued stakeholders that it will continue to provide a stable power system for dependable and efficient power supply for national and economic growth. We apologise for any inconvenience caused". 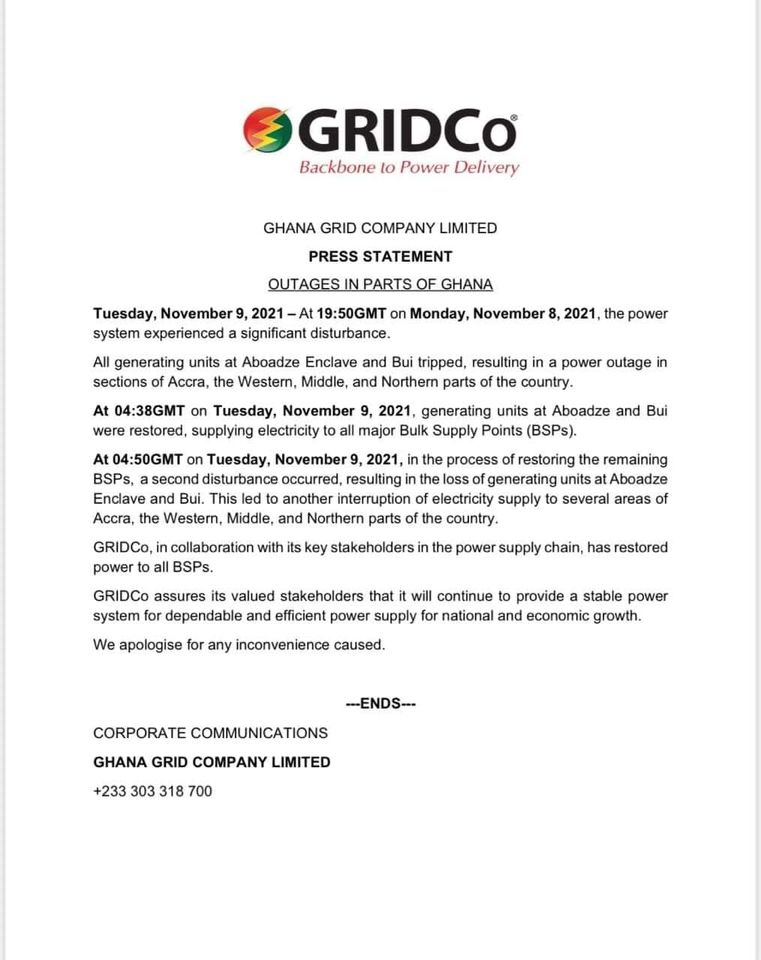 Similarly, the ECG statement said a system disturbance was experienced upstream which resulted in outages within ECG's operational areas.

The statement further disclosed that some customers were still without power because of load limitations from GRIDCo.

"ECG wishes to assure the general public, especially affected customers that immediately our in-take points from GRIDCO are fully loaded, power will be restored," the statement said.

"ECG regrets the inconvenience this system disturbance from upstream has caused our cherished customers".