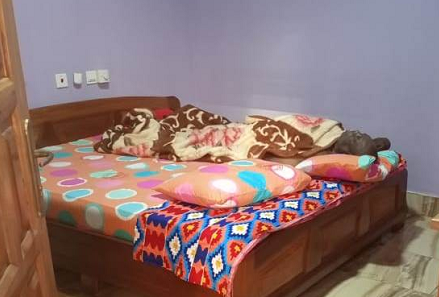 A 66-year-old man has been found dead in a guest house in the Eastern Region.

The deceased, who is yet to be identified, is said to have arrived at the guest house with a young lady on Saturday, December 19, 2020.

His lifeless body was however found in one of the rooms the next day at about 12pm, while the lady, believed to be about 25 years, was no where to be found.

According to the Effiduase District police, the owner of the guest house, Mr William made the report to the police on Sunday after a cleaner found the man lying lifeless in the room.

According to the police, the deceased arrived at the guest house with the young lady in a red Toyota Corolla with registration number ER 1614-17.

The Effiduase police visited the scene and on inspection, found several medicines, such as One vigrx for men container with one capsules, deep heat spray, unirob polar ice, bendroflumeethiazide tablets, and several other used tablets in a bag in the guest room.

However, external inspection conducted on the body showed that there were no marks of violence except foaming on the mouth of the deceased.

Meanwhile, the body of deceased has been deposited at the St Joseph’s Hospital Morgue for preservation and autopsy.

The vehicle has also been taken to the police station for safe keeping, whilst investigations are being made to trace the identity of the said young lady and the deceased’s family.