DSP Azugu recalled to Police by IGP in May - Interior Minister 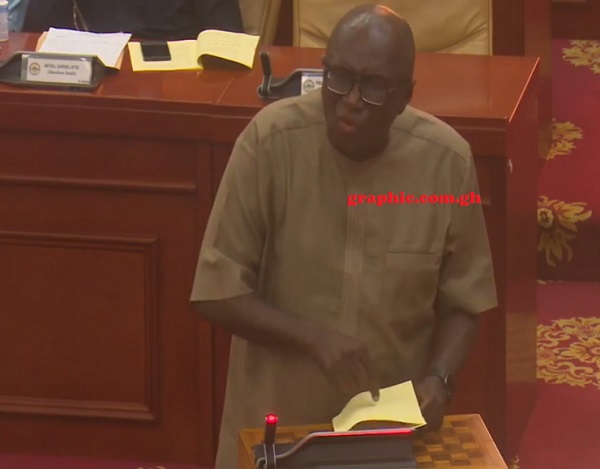 The Minister of Interior, Mr Ambrose Dery has confirmed that DSP Samuel Kojo Azugu has been recalled to the Ghana Police Service from his role as the Commander of the SWAT unit at the Ministry of National Security.

When quizzed further about whether the recall was in relation to the alleged assault of the Citi FM journalist Caleb Kudah or recommendations of the Emile Short Commission, Mr Dery said he was "not in a position to answer that question".

"I'm not aware, Mr Speaker the question was alleging that Azugu was still at National Security, the information I have is that he is not there. Mr Speaker, if you want any other information, I do not have that on the basis of this information".

The Minister further disclosed to the House that he did not have any information about which Police unit, DSP Azugu had been recalled to.

It will be recalled that the presidential commission of inquiry into the Ayawaso by-election violence recommended the removal of DSP Azugu “from command responsibility.”

The report said DSP Azugu failed to “appropriately command and control the SWAT team of which he had charge during the operation at the La Bawaleshie school polling station. It is recommended that he should be reassigned by the IGP.”

However, DSP Azugu still headed the SWAT team as of May 11 when a team of National Security operatives raided the premises of Citi FM/TV in an attempt to capture a journalist, Zoe Abu-Baidoo, for her alleged involvement in breaching National Security protocols.

Her colleague, Caleb Kudah, who had been arrested earlier at the premises of the National Security Ministry, had allegedly been assaulted by officers under DSP Azugu's command.