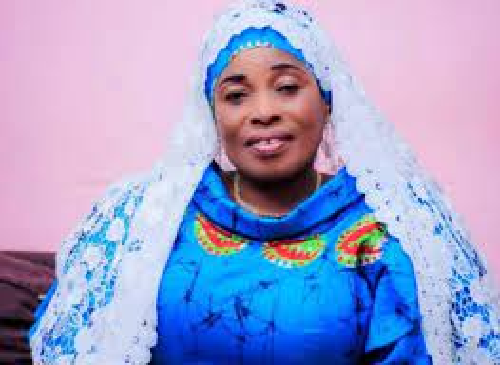 Akweley is a 28-year -old mother of three children.

She lives with her boyfriend at Teshie and he is the father of her children.

She called into the Domestic Violence Secretariat of the Ministry of Gender, Children and Social Protection’s Orange Support Centre (OSC) to report that her boyfriend has beaten her with sticks and belt.

This is not the first time she has been beaten.

From her narration to the Orange Centre, he has been beating her daily, but this is the first time she is reporting the incidence.

Although she was advised to leave her abusive relationship and go to her mother, whom she said was at Nsawam in the Eastern Region, Akweley said she did not have GH¢30 to embark on that journey.

Domestic violence is violence, be it physical, psychological or emotional, which occurs in the domestic settings.

The OSC is a collaboration between the United Nations Population Fund (UNFPA) Ghana and the Domestic Violence Secretariat to create a more comprehensive and coordinated approach to address the needs of survivors of Sexual and Gender Based Violence (SGBV).

The centre is the first of its kind in the country and it is expected to offer psychosocial support, counselling and legal assistance services, and also referral to shelters.

Statistics
In 2017, the number of defilement cases reported to the Domestic Violence and Victim Support Unit (DOVVSU) of the Ghana Police Service (GPS) was 703, with rape being 311.

The number of assault cases was the highest, 5,019.

The number of assault cases also saw a significant increase to 5,333.

The Deputy Minister for the Gender, Children and Social Protection ministry, Ms Lariba Zuweira Abudu, who was on a working visit to the OSC when Akweley called into the centre, said SGBV was real in the country.

Giving some statistics since the centre was opened in March 2021, she said the centre had so far received 1,049 calls made up of 401 cases of SGBV.

She said the time had come for the country to tackle SGBV cases more seriously, adding that on daily basis, women and girls were being abused by intimate or close relatives.

Ms Abudu commended the OSC centre for the work being done, saying now people could call and report.

The OSC, she said, had counsellors and people who could give psychosocial support to people who called in and needed such support.

After speaking to Akweley, the Deputy Minister advised her to make a formal complaint to the nearest police station so that the police could act on it but she said her boyfriend would beat her again if he knew that she had reported him to the police.

A Representative from the UNFPA, Mrs Doris Mawuse Ablobitse, in a remark said the UNFPA was in support of activities that would help curb SGBV from the country and the world as a whole.

The UNFPA, she said, believed in a world where every pregnancy was wanted and every childbirth was safe.

The Executive Secretary of the DV Secretariat, Ms Malonin Asibi, called for support from Corporate Ghana and individuals to help provide the needed care and support for the numerous people such as Akweley who would call the centre needing shelter and other logistics so as to stay away from their abusive partners.