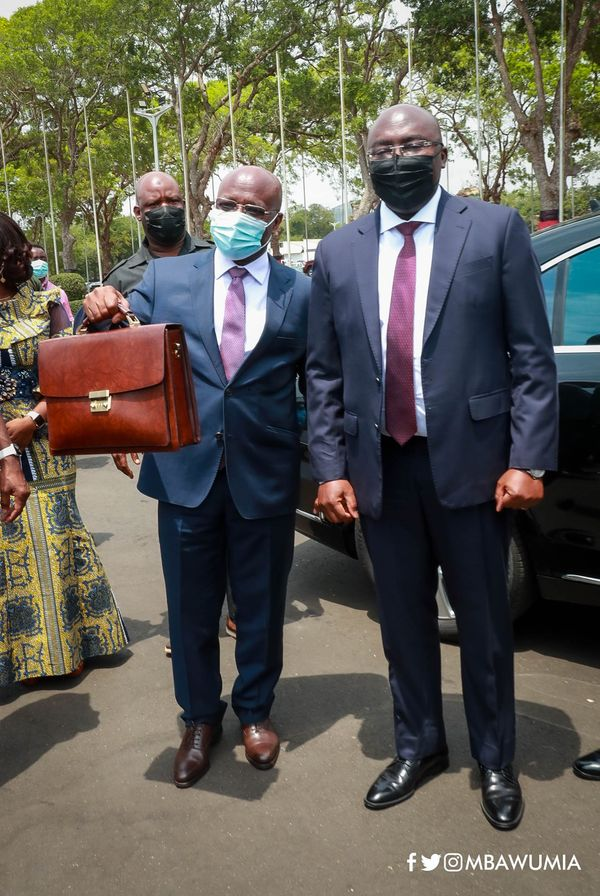 Some economists have urged Ghanaians to embrace the 2021 budget of the government because it has a clear focus aimed at rebuilding an economy which has been negatively impacted by the COVID-19 pandemic.

They said the various initiatives, including the introduction of new taxes, were geared towards developing a resilient economy that was self-sufficient.

The economists, who said this in separate interviews with the Daily Graphic after the presentation of the budget statement in Parliament last Friday, are an Associate Professor of Economics at the University of Ghana, Professor Eric Osei-Assibey, and a Lecturer at the Economics Department of the Wisconsin University College, Rev. Dr Samuel Worlanyo Mensah.

Prof. Osei-Assibey, who is also the Dean of International Students of the University of Ghana, noted that the budget provided an invitation to the people to tighten their belts for the government to be able to generate enough revenue to rebuild the economy and restore it to the path of growth.

“So by and large, I think it is a good budget; it is not promising too much, it’s really being realistic with Ghanaians. It is looking at raking in more revenue from within and so I think it is good and would need the support of everyone,” he said.

Prof. Osei-Assibey noted that the budget deficit was projected to be 9.5 per cent this year, saying that although it was a far cry from the fiscal responsibility target of five per cent, “it is still good because we are reducing the high level of 11.4 per cent to 9.5 per cent. At the same time, the government is also looking to embark on some fiscal stimulus packages to help businesses that were hardly hit by COVID-19 and so there is some kind of a balance”.

He said although the projected growth rate of five per cent was quite ambitious, it was attainable if the government was able to rake in the needed revenue to still be able to spend on infrastructure and the private sector was also able to recover and begin to invest.

Moreover, he said, if the country was able to attract enough foreign direct investment (FDI), the growth would be achievable.

Again, he said, growing the services sector from 1.3 per cent last year to 5.6 per cent was a huge jump which meant that enough investment would have to go into that sector through the recovery of the tourism sector and boosting the hotel and hospitality industry, otherwise such growth would be difficult to achieve.

“The government is seeking to introduce new taxes, while these taxes obviously will put some more pressure on Ghanaians. I think it is absolutely necessary that the government looks within to generate more revenue to finance its expenditure.

“If you look at the budget, it is still heavy on social spending — spending on health care, COVID-19-related expenditure, spending on education, the free senior high school and social protection programmes and all of that.

“Somebody has to pay for these and so I think Ghanaians should embrace these new taxes and the government will be able to provide sustainable support for these broad-based social programmes,” he said.

Prof. Osei-Assibey said those taxes were necessary because there was not enough fiscal space for the government to go and borrow. given the size of the country’s total debt stock.

“It is hard; it is going to be difficult and, therefore, it calls for all of us to tighten our belts for the government to be able to generate enough revenue to build,” he said.

For his part, Dr Mensah, who is also the Executive Director of the Centre for Greater Impact Africa, said with the COVID-19 affecting the global economy, post-COVID-19 budgets needed to be specialised budgets that would address the concerns and challenges brought on by the pandemic.

“So I see this budget as a welcome one directed towards rebuilding the economy to become resilient and self-resilient. The determination to digitise, industrialise, commercialise and globalise our economy in the context of local development is welcoming,” he said.

He said if resources were channelled towards agri-business by developing the agricultural sector through value addition, it would help greatly in the transformation of the country for the better.

Dr Mensah said the budget had given some indication that there was the need for the country to develop its pharmaceutical industry, so that it would be able to improve upon its healthcare delivery and improve upon drugs and medications locally.

The budget, he said, had also given a hint of championing the industrialisation drive by developing local technology, such as what Apostle Kwadwo Safo of the Kristo Asafo Mission was doing through the promotion of technical and vocational education and training (TVET) to train the teeming unemployed youth.

Dr Mensah said from the budget statement, the government also wanted to address the challenges associated with the free SHS in terms of building infrastructure — classrooms, dormitories, libraries, science laboratories and teachers’ bungalows.

He said it was also good that the government had indicated that it was going to get resources to support a strong financial and banking sector, so that it would be able to provide some services and reliefs for businesses, especially small and medium enterprises (SMEs).

“I think the government has given us a sense of direction as to how we should go as an economy and I think it is welcoming,” he said.

Regarding taxes, he said although the country was in difficult times, it did not mean that the economy would be run on freebies and so there was the need for Ghanaians to make some sacrifices, so that “we can balance the equation, because for every action, there is an equal or opposite reaction”.

“Much as we are trying to make livelihoods better for Ghanaians, they must also realise that they have a role to play and contribute their quota towards that agenda because there is the need to also look at generating revenue locally,” he said.

On the tax rebate for other companies and the suspension of the vehicle income tax, he said they too were good.