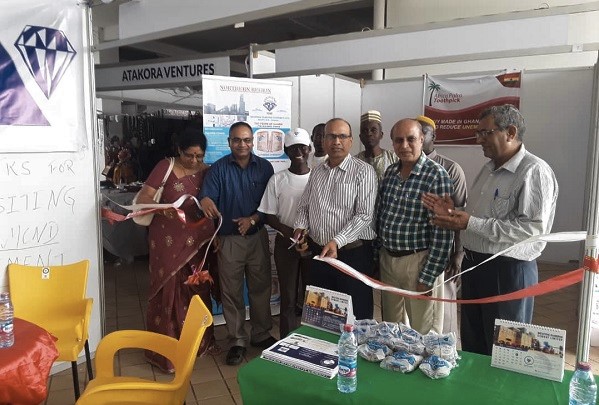 The group said such fairs were necessary to help open up business opportunities in the north for improved livelihoods.

The Commercial Head of the Savanna Diamond Company Limited (SDCL), Mr Brijesh Singh, made the commendation at the fair which was held at the Aliu Mahama Sports Stadium in Tamale.

The 11-day fair that began on February 27,2020, on the theme: “Value addition, trading globally,” ended on March 8, 2020. It was aimed at promoting value added products, connecting local industries to international partners, as well as encouraging people to patronise made-in-Ghana products.

The fair attracted over 600 exhibitors from Ghana, the sub region, Madagascar, India, Italy, Angola, Egypt, among others.

The SDCL is a member of the Diamond Group of companies which produces Savanna Diamond Cement at Buipe in the Central Gonja District in the Savannah Region.

The other two cement factories of the group are Diamond Cement Ghana Limited (DCGL) at Aflao in the Volta Region, and Western Diamond Cement Limited at Takoradi in the Western Region.

Mr Singh said the group was pleased to be associated with the GITF for the past three years and that the Tamale fair had helped the company to demonstrate the quality of their product to the people, adding that the group received more than 150 enquiries about the cement.

“We are thankful to the GTFC for organising such a fair in Northern Ghana to open up the untapped business opportunities in the area.

The group, which has the biggest cement factory in the north, has contributed to the economy of Northern Ghana as we are one of the highest taxpayers in the north,” he said.

According to him, the company had a state-of-the-art facility along with modern equipment and the latest technology, making it a leading cement production company in the country.

He said the group would continue to engage the public to educate them on their different products.