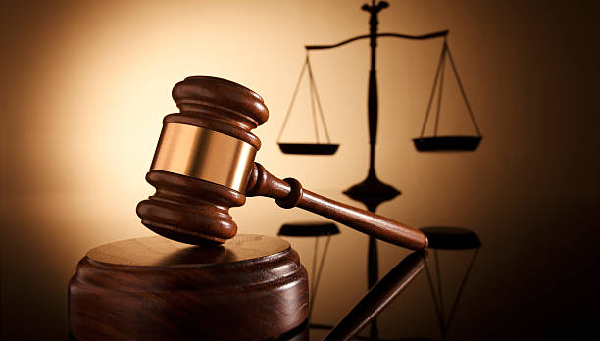 The Kaneshie District Court has ordered for the repatriation of a 28-year-old Nigerian, Eugene Wisdom Iyamu, for illegally obtaining a Ghanaian passport and birth certificate.
30.5k Shares

The Kaneshie District Court has ordered the repatriation of a 28-year-old Nigerian, Eugene Wisdom Iyamu, for illegally obtaining a Ghanaian passport and birth certificate.

Additionally, he has been fined a total of GH¢2,640 for the charges preferred against him.

Iyamu, aka Anthony Kwarteng, secured a Ghanaian passport in Spain through a friend but it got missing when he visited Nigeria.

In his bid to secure a new one in Accra, officials of the Ghana Immigration Service (GIS) nabbed him when he appeared to go through processes at the Passport Application Centre at the Kwame Nkrumah Circle.

He was processed for court and charged with illegal entry, attempting to obtain a Ghanaian passport and possession and use of Ghanaian birth certificate.

Iyamu pleaded guilty to all three charges and the Court, presided over by Ms Ama Adomako Kwakye, convicted him on all the three charges.

On the charge of illegal entry, the Court ordered Iyamu to pay a fine of GH¢840.00 or in default serve two weeks imprisonment.

The Court also ordered him to pay GH¢960.00 or in default, serve two weeks imprisonment on the charge of attempting to obtain a Ghanaian passport.

For the possession and use of false certificate to get a Ghanaian Birth Certificate, the Court further ordered Iyamu to pay GH¢840.00 or in default serve two weeks imprisonment.

The sentences, however, will run concurrently.

Narrating the facts of the case in Court, Chief Superintendent of GIS, Mr Adolf Asenso-Aboagye, said Iyamu submitted an application with a Ghana birth certificate and a Ghanaian passport number GT2038555, which he claimed was missing.

Chief Supt Asenso Aboagye said the convict also added a police report to the documents and that officials at the Passport Application Centre doubted his nationality, so they referred the matter to the GIS for further investigations.

The prosecution said investigations at the GIS headquarters revealed that the convict was a Nigerian whose real name is Eugene Wisdom Iyamu and not Anthony Kwarteng as he claimed.

According to the prosecution, Iyamu was born at Agbor in the Delta State and that he came to Ghana through an unapproved route at Ghana’s Eastern Border (Aflao).

The prosecution said Iyamu in his cautioned statement said he obtained a Ghanaian passport and birth certificate through a friend while he was in Spain.

He said Iyamu managed to return to Nigeria on holidays but it got missing so he decided to procure a new one.

The prosecution said Iyamu was then introduced to one Joe in Takoradi who charged him GH¢2,000.00 for a Ghanaian passport.

He said on February 18, this year, Iyamu had an appointment for the vetting of his passport during which he was arrested.

The prosecution said checks at the Passport Office at Ridge indicated that Iyamu’s passport, which he claimed was missing, was falsified and that his Ghanaian birth certificate was also forged.