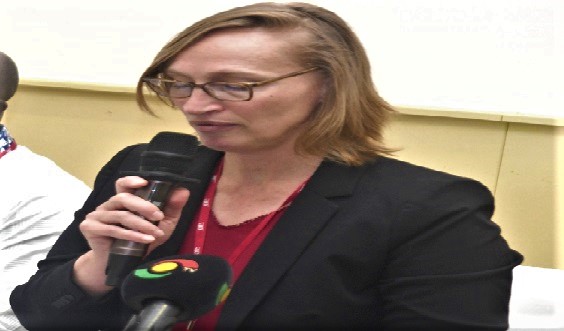 West and Central African countries have been urged to invest more to strengthen wildlife surveillance systems in their respective countries.

The Wildlife Programme Manager of the World Organisation for Animal Health (WOAH), Sophie Muset, said when attention was paid to the sector, it would help prevent emerging infectious diseases such as monkeypox, Lassa fever, Ebola viral disease and Avian influenza which affect both human and animals.

She was speaking at a five-day sub-regional training workshop for WOAH national focal points of English-speaking countries in West Africa on wildlife viral haemorrhagic fever surveillance protocols in Accra yesterday[June 13, 2022].

The workshop aims at improving the national and regional capacity of early detection systems of wildlife diseases through the development of surveillance protocols.

Among participants are officials of Veterinary Services directorates in Ghana, Nigeria, Liberia, Sierra Leone and Uganda.

It is being organised by WOAH, in collaboration with the Ministry of Food and Agriculture (MoFA), and funded by the European Union.

“For too long, disease control policies of wildlife have been neglected and it is now time to fully integrate them in national and regional epidemiological surveillance strategies to help protect the planet from risks related to diseases," she added.

Wildlife, she said, could be a target and reservoir of pathogens (bacteria, viruses or other microorganisms that can cause diseases) and could also play a key role in zoonotic disease management.

The programme manager, therefore, said national veterinary services must come up with appropriate public health policies to prevent, control and respond to pathogen emergencies that affected both animals and humans.

She said it was in line with such measures that the WOAH, in 2017, implemented its EBO-SURSY project to support veterinary services to strengthen their surveillance systems for the detection and prevention of viral haemorrhagic fevers and other zoonotic diseases in the human-animal-environment interface.

The Chief Veterinary Officer of the MoFA, Dr Patrick Abakeh, in a speech read on his behalf by the Deputy Director of the Veterinary Services Directorate, Dr Benita Anderson, said there was the need to build “comprehensive, integrated strategies and policies for veterinary and wildlife development to ensure timely and effective disease detection and response through surveillance".

He said the COVID-19 pandemic and the Ebola disease had revealed serious challenges of surveillance, detection, prevention and response systems for emerging and re-emerging diseases.

Dr Abakeh also said the EBO-SURSY project further revealed that most countries in West and Central Africa did not have surveillance protocols on haemorrhagic fevers, including Ebola viral disease in wildlife, while wildlife was also not under the supervision of the veterinary services directorate.