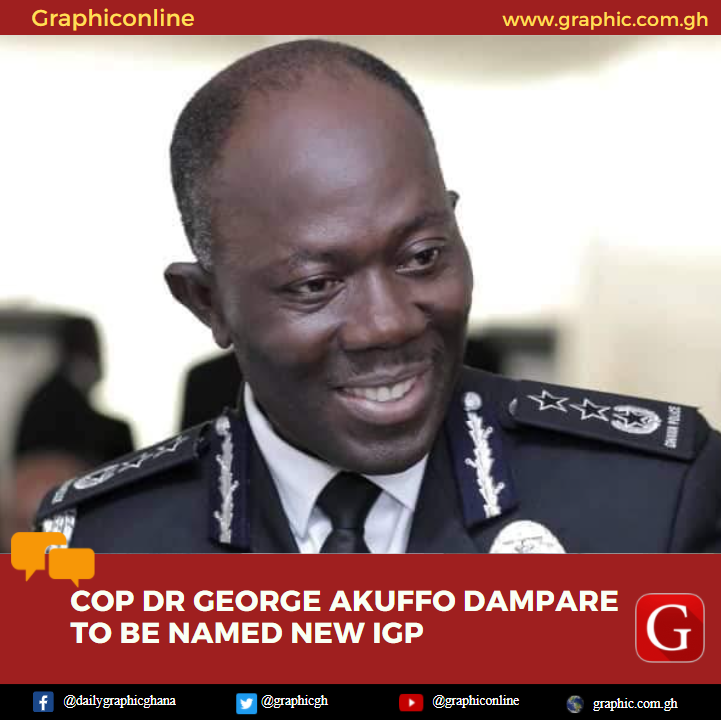 Commissioner of Police (COP) Dr George Akuffo Dampare is expected to be named the new Inspector General of Police in the coming days.

The current Director General in charge of Administration at the Ghana Police Service, his appointment as IGP is expected to be made official by President Nana Addo Dankwa Akufo-Addo.

He will replace the current IGP James Oppong-Boanuh on August 1, 2021.

COP Dr Dampare has been in the Ghana Police Service for over 30 years. He joined the service as a Constable and has risen through the ranks to the high rank of Commissioner of Police. He is considered by many in and out of the police as the Second in Command of the Service.

Currently holding a PhD in Finance, COP Dampare, became a chartered accountant at the age of 25 while serving as a Police Constable.