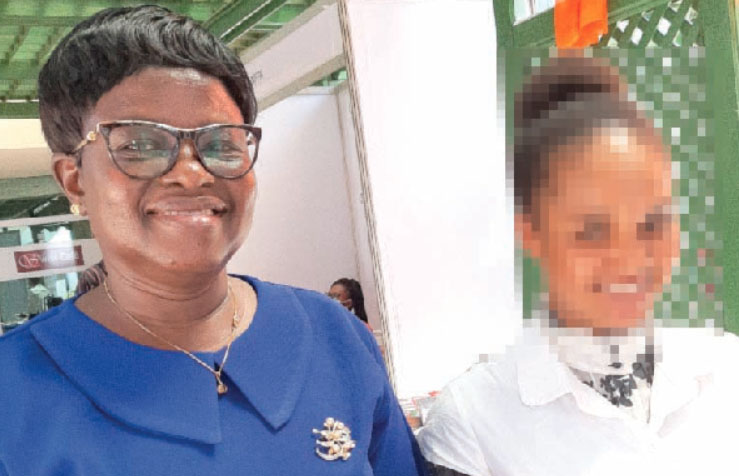 At 16 years, Safia Ahmed was married off to a middle-aged butcher in Cote d’Ivoire in contravention of the Ghanaian law on child marriage.

A resident of Asawase, a community in Kumasi, Safia had then completed junior high school (JHS) and became convinced that her dream to pursue senior high school education would not be fulfilled.

After two months of unbearable sexual assault, Safia managed, with the help of some Ghanaians she chanced upon, to escape back to Ghana.
Her husband followed up to Ghana and agreed with the family that Safia should return to her matrimonial home in Cote d’Ivoire.

Upon a tip-off, luck smiled on Safia. She was rescued on the night before her departure by a team of police personnel led by Superintendent Susana Dery of the Ashanti Regional Domestic Violence Victim Support Unit (DOVVSU) of the Ghana Police Service.

The fifth of six children and an orphan, Safia was pressured into the marriage by her foster mother, Zainab Yahaya, and her daughter.

“I did not want to get married. I did not know the man before the marriage.”

“My mother was sick and therefore my foster mother took me under her care. I guess she got tired of providing for my needs so decided to marry me off. She just informed my mother, who died shortly after, and then just went ahead and married me off.”

Currently, Safia, who is in the custody of the state is back to school, pursuing her senior high school education and lives in a shelter.

Supt Dery said: “We did not hear of her marriage, but when all was set for her to be sent back to her husband, somebody informed us, so on the night before her departure, the police moved in to rescue her.”

She indicated that Safia’s foster parents were prosecuted and jailed by the High Court, which later converted their sentence into a fine.

Presently, efforts are being made to get Safia’s husband to complete the necessary divorce proceedings to free her from the marriage, Supt Dery said.

According to her, Safia was one of 10 girls rescued over a period of one year from child marriage under a project to implement the child marriage laws and get perpetrators punished to serve as a deterrent to potential offenders and to also educate the public through the enforcement of the law to protect the girl child.

The project, titled, “I am a child, not a bride,” is being implemented in Asawase, Aboabo, Sawaba and Adukrom, all communities in Kumasi, noted to have a high incidence of child marriage.

It is part of a United Nations Population Fund (UNFPA) ‘Adolescent Girls Programme’ being implemented with the Ashanti Regional Coordinating Council with funding from the Canadian government.

Supt Dery stated that three of the girls were rescued in the last quarter of 2019, adding that all except one of the girls are back to school while being monitored by DOVVSU.

Furthermore, some of the perpetrators arrested have been put before court, convicted and sentenced, fined, bonded to be of good behaviour while others have received custodial sentences of 24 months of imprisonment.

Supt Dery explained that child marriage was practiced mainly due to socio-economic and cultural factors, including poverty and to protect chastity.

Parents who have married daughters enjoy a kind of prestige and respect from their community members,

Others are motivated by financial gains and use child marriage as a strategy to break out of poverty.

Supt Dery stressed that the unit’s modest success was not without challenges.

The major challenge, she said, was getting the information regarding any impending child marriage, stating that the informants were usually teachers and friends of the victims.

“Besides, in order to have a successful investigation, the victim should be caught ‘red handed’. It is difficult to detect the crime during the actual exchange of dowry because it is done behind closed doors.”

“It is therefore during the ‘amaria’ ceremony, where the victim is brought out into the public for the celebration of the marriage that the police swiftly undertakes its rescue operation.”

This means one needs a lot of patience, even when information is received in order to catch the victims ‘red handed,’ Supt Dery explained.