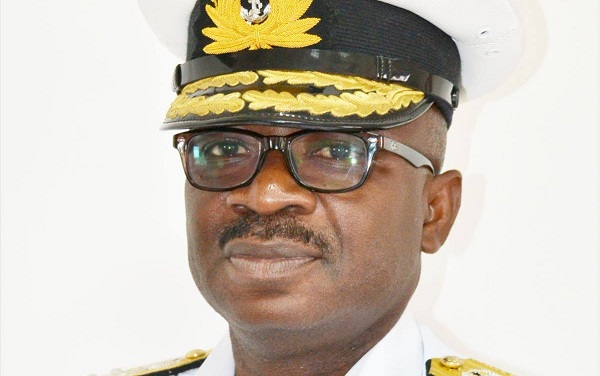 Ahead of the Carols Service, the CDS handed over assorted food items, industrial sewing machines and Christian literature to the leadership of the prison for use by the inmates.

The CDS was accompanied by the Military High Command and members of the GMPC to spend time with the inmates as part of a biblical commitment to show love to people during the festive season.

The Festival of Nine Lessons and Carols saw the Nsawam Choir and GMPC Choir perform melodious tunes to glorify the Maker and to cheer the inmates up.

The CDS, the Chief of Staff (COS), Major General Nicholas Peter Andoh, the Officer in Charge of the Nsawam Medium Security Prison and Eastern Regional Commander of Prisons, DPP Ali Kwaku Ababio, among other leaders, took turns to read the scriptures after each carol.

In his exhortation, the Director General of the Religious Affairs of the Ghana Armed Forces, Rev. Commodore Adjei Djan, who premised his sermon on the book of John 1:1-14, said remembrance of Christ was symbolic for all believers.

He said people could survive any situation only if they believed fully in Christ.

“It does not matter your current situation or what you did or what brought you here; what is important is for you to believe in him in order to have the assurance of God over your soul.

“If we believe in him, no matter the situation, Christ will carry you on his shoulders,” he said.

He further encouraged the inmates to look up to Christ for redemption during the festive season.

Reflecting on the message, Vice Admiral Anoama said the Christmas season was one dedicated to showing love as demonstrated by God who sacrificed his only son for mankind, hence the need for the inmates to show love to one another.

He noted that the men’s fellowship of his church (GMPC) had since December 5, 2018, adopted the condemned block to support the inmates with skills and imbibe in them a sense of spirituality.

The men’s fellowship, he said, had also embarked on numerous projects including painting of the block and presentations to the ward.

The leadership of the block presented a citation to the delegation for their love and support to the prison.

DPP Ababio expressed gratitude to the Military High Command for its continuous support to the facility.

He assured the delegation that the tangibles would be put to good use to help the inmates acquire skills for their personal development.