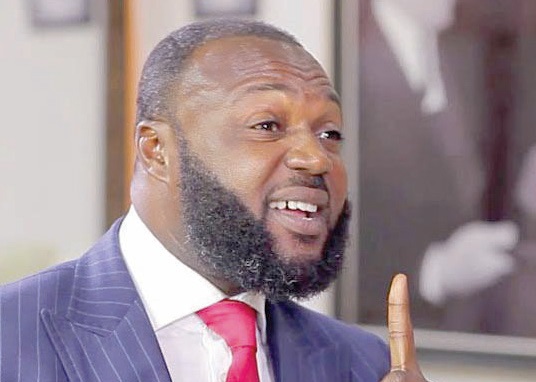 A former Managing Director of the defunct Capital bank, Fitzgerald Odonkor, has told the Accra High Court that the management of the bank raised concerns about how portions of the GH¢620 million liquidity support given to the Capital Bank by the Bank of Ghana ( BoG) was used.

He said management was not in support of the repayment of a placement of GH¢ 100 million and GH¢30 million with All Time Capital and Nordea Capital respectively.

Odonkor, who is the third accused person in the case, was being cross-examined by counsel for Ato Essien, Baffuor Gyau Bonsu Ashia, at the High Court, presided over by Justice Eric Kyei Baffuor.

“Management headed by the MD clearly stated their misgivings with the placement of GH¢ 30 million into Nordea Capital”.

However, counsel for Essien put to the accused person that management had no misgivings about placing such amount with Nordea Capital.

The accused, in his response, disagreed with the counsel, adding that management’s position on placing the amount in Nordea Capital could be found in its minutes.

Asked by counsel what management’s position was, Odonkor said, “Management was of the opinion that for the effective management of the liquidity support, it was not prudent to place GH¢ 30 million with Nordea Capital”.

Management, he said, also raised concern about the repayment of a placement of GH¢ 100 million with All Time Capital.

The accused further told the court that the bank, however, discharged all its interest payment obligations under the liquidity support until the takeover.

Meanwhile, the court had earlier dismissed a motion filed by the founder of the defunct Capital Bank, William Ato Essien, which sought to halt his criminal trial at the High Court.

Essien had filed a motion to halt the trial pending the determination of an appeal against a ruling of the trial court.
Counsel for Essien, Mr Ashia, who moved the motion before the trial judge, Justice Kyei Baffuor, yesterday[June 16, 2022] said the appeal was to challenge the decision of the trial court to admit a pen drive which contains the audio recording of the confrontation between the special investigation team and the first accused, Essien.

The admission, counsel said, would injure the defence of Essien, hence the appeal praying the court to halt the trial.

However, the prosecution urged the court to dismiss the motion, arguing that Essien had not demonstrated any exceptional circumstance to warrant a stay of proceedings.

Justice Kyei Baffuor, therefore, dismissed the application on grounds that it had no merit.

“Examining the nature of the application, the depositions contained in the affidavit in support and the attached exhibits leaves any serious court with only one choice that the application is nothing but frivolous,” he said in his ruling.

Essien is standing trial with Odonkor, a former MD of the bank, and the MD of MC Management Services, a company said to be owned by Essien, Tettey Nettey.