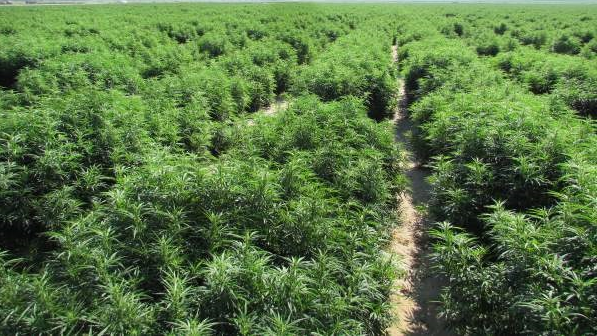 The Narcotics Control Commission has reminded all that the use of cannabis is illegal and a criminal offence in the country in spite of Ghana having joined a few other countries to allow for the cultivation of the substance, also known as weed, for medicinal purposes.

The commission has, however, received applications from many groups, companies and individuals for licences to cultivate cannabis for industrial or medicinal purposes.

It explained that although Ghana signed on to the pact on May 11, last year to allow for the cultivation of cannabis with 0.3 per cent content of the principal psychoactive ingredient, Tetrahydrocannabis (THC), it was yet to operationalise the licence regime because a legislative instrument had not been passed.

Thus, the provision relating to cannabis in section 43 of Act 1019 did not in any way constitute the legalisation or decriminalisation of cannabis cultivation and/or use.

“As such, the cultivation, production, distribution, sale and consumption of cannabis remain prohibited by law,” it said in a statement signed by the Head, Communications and Media Relations, Mr Francis Opoku Amoah.

Mr Amoah said the interested people who had put in their application, hoping to get approval, had argued that the emerging industry could provide employment and generate enormous revenue for the government.

He said modalities on how to engage in that business had not been concluded, emphasising that no licence had been issued to any entity, individual or group of individuals to cultivate cannabis or conduct any business related to cannabis.

“The public should, therefore, refrain from making payments to any entity, individual or group of individuals for purposes of engaging in any business related to cannabis,” the commission said.

Mr Amoah said while it was true that Ghana had joined the league of countries that had signed up to produce cannabis, it had to get legislative backing from Parliament, and that process was yet to be initiated.

“The Narcotics Control Commission is in the process of submitting to Parliament a Legislative Instrument (LI) that will spell out in detail how one can qualify for a licence to cultivate cannabis with less than 0.3 per cent of THC and applicable fees to pay for the issuance of such licence.

“The commission is working hard to make sure that it presents a solid Legislative Instrument that will reflect how the hemp industry will be regulated in the country,” he said.

He indicated that once the legal process was completed and the LI was passed by Parliament, the commission would make public the modalities for the issuance of licences for the conduct of business relating to cannabis.

Among those African countries which decided to allow for the cultivation of cannabis is South Africa, whose government submitted to the Parliament the Cannabis for Private Purposes Bill of 2020, amending its Drugs and Drug Trafficking Act (1992) to allow the cultivation and use of cannabis by adults for personal use.

Also, the 2020 INCB Report indicated that the Parliament of Malawi had approved the Cannabis Regulation Bill of 2020 in February 2020, permitting the cultivation of cannabis for medical, industrial and scientific purposes.

Uganda also reported to the INCB that it had begun permitting the cultivation of cannabis for medical purposes.

Such measures include the establishment of an agency responsible for designating areas and issuing licences for cultivation.

The countries that are permitting the cultivation of cannabis are performing this obligation. In Malawi, the bill also establishes a national cannabis agency to issue licences to cultivate cannabis and regulate the industry within Malawi.

The government of Uganda has also drafted guidelines to assist the Minister of Health in determining which cultivators should be granted licences to cultivate cannabis.

The Narcotics Control Commission Act, 2020 (Act 1019), which was passed by Parliament on March 20, 2020 and assented to by President Nana Addo Dankwa Akufo-Addo on May 11, 2020, has enshrined special provisions relating to cannabis.

Section 43 of Act 1019 states: “The Minister, on the recommendation of the Commission, may grant a licence for the cultivation of cannabis which has not more than 0.3% THC content on a dry weight basis for industrial purposes for obtaining fibre or seed or for medicinal purposes.”