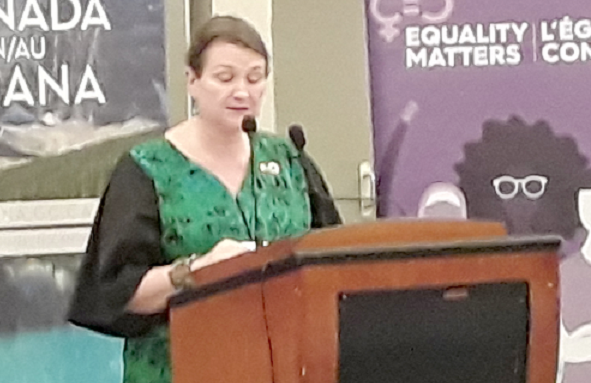 The Government of Canada-funded initiatives are the Women's Economic Empowerment (WEE-North), Innovation in Non-traditional Vocational Education and Skills Training for Women in Ghana (INVEST), Women's Economic Advancement for Collective Transformation (WEACT) and the Women's Innovation for Sustainable Enterprises (WISE) projects.

The WEE-North and INVEST projects to be implemented by Alinea and World University Service will provide skills training and focus on increasing employment opportunities in trades not traditionally pursued by women, including mechanic and electronics.

They will work with nine training institutions in the Upper West, Upper East and Northern regions, as well as Accra, Kumasi and Sekondi-Takoradi.

The WeACT and WISE projects to be implemented by Oxfam Quebec and Plan International will focus on increasing the productivity, profitability and innovation of women-owned businesses in the informal economy of the shea and cocoa sectors in the Upper East, Upper West, Savannah, Northern, Western and Northern regions.

They will also support women entrepreneurs in five rural and peri-urban districts in the Bono, Bono East, Ahafo and Northern regions.

Launching the projects which were expected to last for about five year, the Canadian High Commissioner to Ghana, Ms Kati Csaba, said inclusive economic growth of Ghana could not be achieved without the full and equal participation of women as economic actors.

"When women are able to develop their full economic potential - whether as business leaders, entrepreneurs or producers - economies thrive and the benefits of growth reach more people," she said.

Ms Csaba said Canada's Feminist International Assistance Policy, launched in June 2017, put gender equality and empowerment of women and girls at the heart of "our efforts to build a more peaceful, inclusive and prosperous world".

The Country Director of Oxfam in Ghana, Mr Tijani Ahmed Hamza, said in Ghana, women faced many complex barriers to economic empowerment, adding that such initiatives would go a long way to change that.

The Executive Director of the National Board for Small Scale Industries, Mrs Kosi Yankey-Ayeh, commended the Canadian government for the initiatives, adding that gender equality and women empowerment were critical on the agenda of President Nana Addo Dankwa Akufo-Addo.

The Director of Women in Agriculture Development, Ms Pauline Addy, said her outfit was delighted to be part of the initiatives to train women and enhance their businesses.

In an address read on his behalf, the Minister of Education, Dr Yaw Osei Adutwum, said the role of women in the development of a country could not be underestimated.