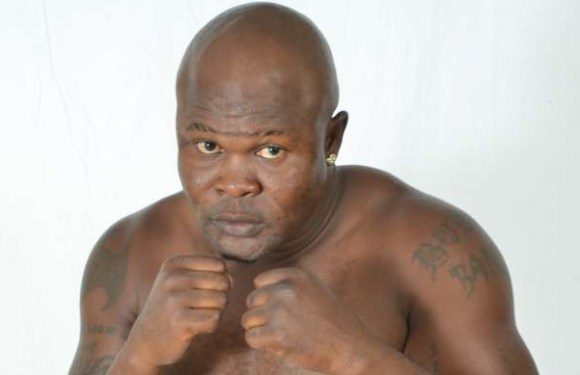 Banku, his son and Quaye will be behind bars for one week to reappear before court on December 19, 2022.
30.5k Shares

Boxer Bukom Banku who allegedly helped inflict deep wounds on a man’s stomach with a broken bottle has been remanded. His son also allegedly used a stone to destroy a  32-inch television set worth  GH₵ 1,500.00. They both pleaded not guilty and are facing trial.

The prosecutor, Inspector Ayim presented the facts of the case at the Accra Circuit Court, presided over by Adelaide Abui Keddy. He said that at around 12:30 p.m. on November 25, 2022, Briamah Kamoko also known as Bukom Banku, had a violent argument with the complainant, Ishmael Neequaye. Neequaye claimed he woke up the night of the attack to investigate an unusual noise heard.

"When Neequaye went out, he saw Bukom Banku, his son, Mustafa Kamoko and Prosper Quaye beating up some friends of his (Neequaye)," the prosecutor added.

The prosecutor said when Neequaye tried to stop them, Banku, his son and Quaye attacked him. Bukom Banku then broke a bottle and gave it to Quaye to stab Neequaye. Neequaye sustained severe wounds on his abdomen and bled profusely.

Inspector Ayim added further that Neequaye had to be rushed to the Korle Bu Teaching Hospital for medical attention.

"Banku’s son, also in the tussle, picked up a stone, threw it and hit a 32-inch television set and destroyed it. The television belongs to one Julius Tagoe who is also a witness in the case," the prosecutor said.

After investigations, Banku was charged with abetment of crime, his son with damage to property and Quaye with causing bodily harm.

Bukom Banku and his son who were in court pleaded not guilty to all the charges. Quaye was not in court because, according to their lawyer, Godwin Amoah, Quaye said he is going to buy something but has not returned.

Banku, his son and Quaye will be behind bars for one week to reappear before court on December 19, 2022.

The family of Bukom Banku were seen crying when he was transported into a police vehicle in handcuffs.