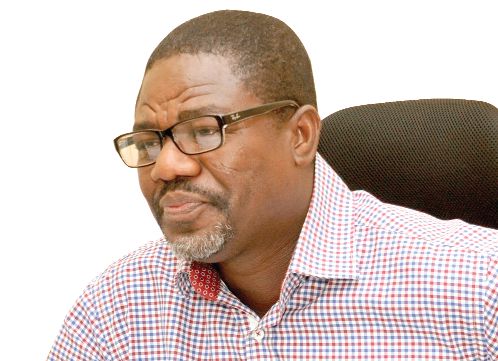 The Free SHS Secretariat says heads of senior high schools should be blamed if, as of now, their schools are yet to get the full complement of supplies under the free SHS policy

According to the National Coordinator of the , Mr William Darkwa, the procurement of items was handled at two levels.

The first one, categorised as the central level, involves the procurement of items by the Free SHS Secretariat, while the second one, the school level, entails the supply of items by heads of SHSs.

Items under the two levels

In an interview in Accra, Mr Darkwa said the items under central level, comprising physical education kits, exercise books, core textbooks and technical drawing equipment, were sent to the various regional directors of education in August this year for heads of schools to take delivery of their items.

He said the items to be procured at the school level were school uniforms, house dresses and school cloth.

“For the school uniforms, the schools go into agreements at their level, so they actually contract suppliers to do those deliveries for them. So, if as it stands now, schools have still not been supplied with their uniforms, house dresses and school , then the heads should be held accountable,” he said.

Mr Darkwa said the schools were given the free hand to identify their own suppliers and agree with them when they could deliver.
He was, however, confident that most of the schools had by now received their supplies at both the school and the central levels.

Throwing more light on the items procured and supplied at the central level, Mr Darkwa said all heads of SHSs were aware of the arrangements put in place to collect their supplies from the regional education directorates.

“So, based on enrolment numbers, the schools are expected to go to their regional education directorates to take delivery of their items,” he explained.

Mr Darkwa said what the secretariat did was to wait for the suppliers to submit their invoices, which the secretariat would use to compare with the stock received voucher (SRV) from the schools for payment.

“The stock received voucher tells us what the school store actually received,” he explained, adding that it was possible that a school projected to enrol, for instance, 800 students had actually enrolled 600 students.