Some prominent spiritual heavyweights will be joining members of the Winners Chapel Ghana (WCG) to climax their 13th anniversary this weekend. The celebration, dubbed Word Alive Conference 2017, is on the theme: “Speak the word only (Matthew 8:8).”

The General Overseer, Bishop George Adjeman, in an interview with The Mirror, said “the theme stems from the need to emphasise the importance of God’s word as our guiding principle for truth and the power it has to shape our lives and determine the outcome of every situation.” 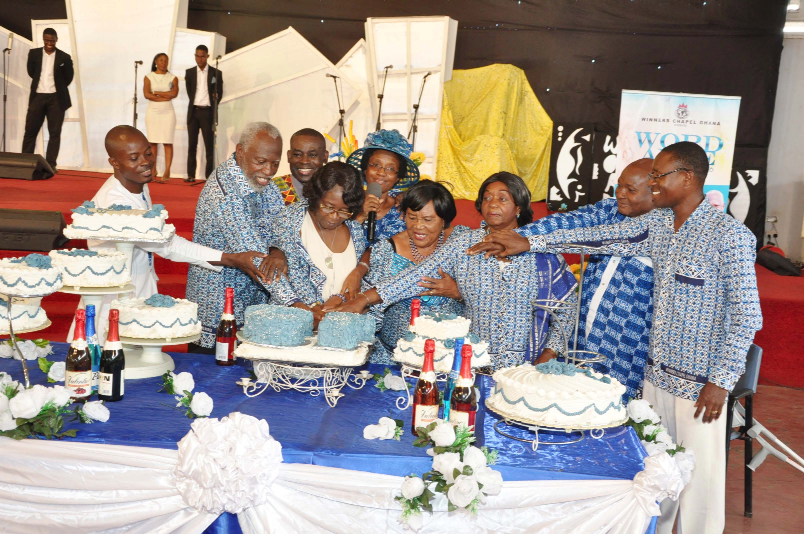 With him to bring the Word Alive to the multitude from August 9 – 13, 2017 are Rev. Steve Mensah of the Charismatic Evangelistic Ministry and Bishop James Saah of Action Chapel International.

The conference will take place at the main auditorium of WCG opposite the OA Bus Terminal at Avenor, a suburb of Accra, from 6:00 p.m. to 8:30 p.m. each night.

Sunday’s programme would be crowned with the conferment of a Honorary Doctorate Degree on Bishop Adjeman by the Immanuel Bible Institute and Seminary, Brooklyn, USA between 7:30 a.m. and 11:00 a.m. at the same venue.

It is often said that you cannot control what happens to you, but you can control your attitude towards what happens to you, and that way, you will be mastering change rather than allowing it to master you. With this as a benchmark, Bishop Adjeman had always endeavoured to keep a cool head while he leads his flock.

In the midst of all the celebrations and awards, it seems the icing on the cake for Winners Chapel Ghana is the final closure of the battle between Bishop Adjeman and his former senior colleague, Bishop Oyedepo of Winners Chapel International.

The landmark case lasted for almost 13 years in which the Nigerian plaintiff sought among others that Bishop Adjeman stole his church and the name “Winners Chapel Ghana.” 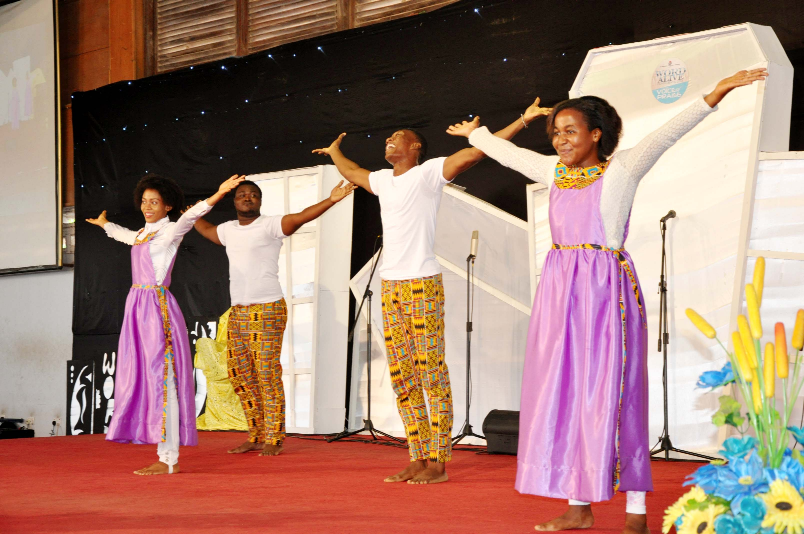 On Friday, July 28, 2017 an Accra High Court, presided over by Justice Ofori Atta, ruled in favour of the defendant, Bishop Adjeman and WCG. The judge dismissed the charge of theft against the General Overseer of the WCG on the basis that ‘Winners Chapel Ghana’ was duly registered by the defendant in 2005 and is contrary to the plaintiff’s claim.

It came out that Bishop Adjeman had already registered Word of Faith Bible Institute (WOFBI), World Mission Agency (WMA) and WCG in 2005 while the Lagos church had no documents and certificate of commencing business to show the court.

The humble-looking servant of God who threw light on the issue said: ‘As for us, we didn’t take anyone to court but it was the Lagos church that instituted the legal action against us so if by his grace we won we can only give thanks to our Lord and continue with our work,” he said with a smile.

Growing up, Bishop Adjeman did not have everything on a silver platter. He was born and christened George Kwadwo Adom Oppong in Kumasi but raised in Peki in the Volta Region.

Bishop Adjeman was born to a father who was a teacher at the Peki Training College and an elder in the Catholic Church. Her mother was a devoted Christian.

When he was six years old, his father who travelled a lot as a teacher, feared his travels would have an adverse effect on his son’s education. As a result, he sent him to live with his mother and her extended family in Trabuom; a village which is 12 kilometres from Kumasi. 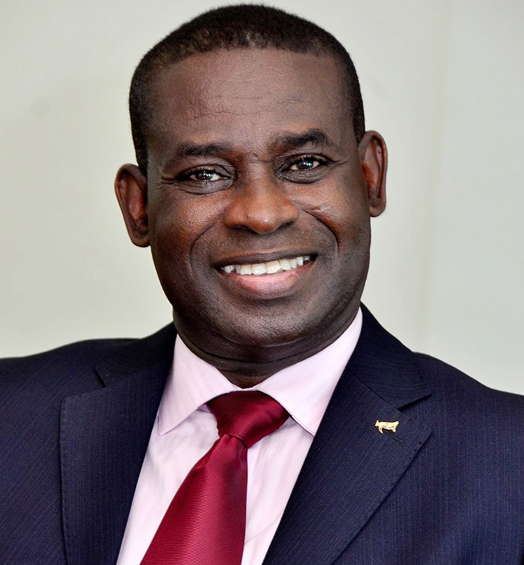 Bishop Adjeman attended the Roman Catholic Primary and Middle School at Trabuom where his grandfather became a father figure to him through his formative years as his father was mostly away on travels till he reached secondary school.

It was his grandfather who introduced him to the Christian faith and he picked up a lot of his moral make-up from his mother’s family. He stayed in the Roman Catholic Primary School up to Form Two at which point he entered secondary school at Asanteman Secondary School. From Asanteman, he continued to Opoku Ware to pursue his GCE ‘O’ Level education.

He received a letter from Accra Academy informing him that he had gained admission to Sixth Form after he had taken the uncompromising stance to continue with his schooling contrary to the proposition of his father for him to become a mechanic.

The timely intervention of his uncle paying the fees of ¢30, which he owed at the time, enabled George to proceed to Accra Academy.

Picking up the trunk of his sister who was two years ahead of him at Yaa Asantewaa Girls Secondary School, a singing band cloth from his mum’s senior sister and just one pair of trousers which he bought with the money he got from teaching after completing Form Five, George boarded a train for the first time, heading towards an unknown land and away from his family and all those he knew.

He left Trabuom for Accra to school, not knowing what the future had in store for him. His determination to continue school however, proved too powerful against the comfort and convenience that could hold him back. 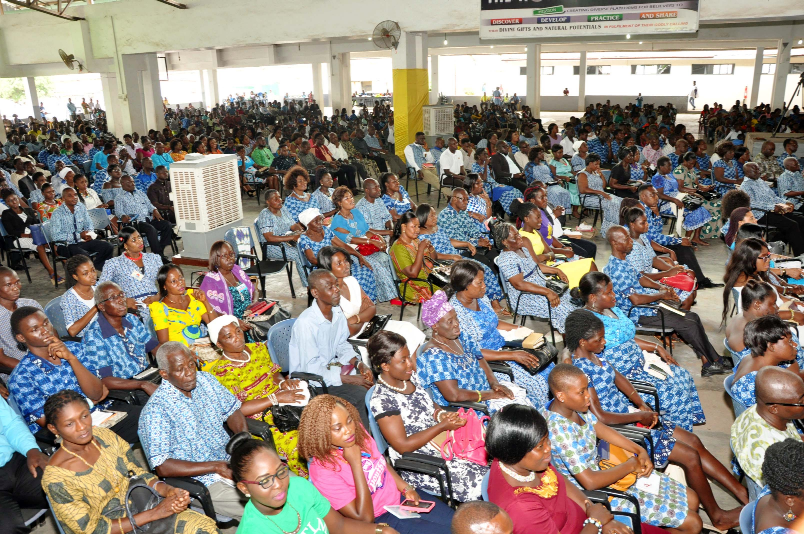 A section of the congregation

Although he knew no one in Accra and had never stepped foot in the capital city, he never gave up. He managed to complete his two years of GCE ‘A’ Level education at Accra Academy with just a single pair of trousers. Despite his struggles, he rose to become the Chapel Prefect.

As a young man and a born-again Christian, Bishop Adjeman had great passion for the work of God’s kingdom. While in secondary school, he spent the little money he had on him to buy Bibles and shared among his contemporaries.

In September 1978, three years after he had completed Accra Academy, he left the shores of Ghana for the United Kingdom at age 24. Over there, he studied Professional Banking at the Southwest London College.

Furthermore, in August 1981, after his course in Southwest London, Bishop Adjeman left the UK for Nigeria with plans to visit his sister and from there, he proceeded to the United States to study Law at the University of Wisconsin-Eau Claire on  scholarship. 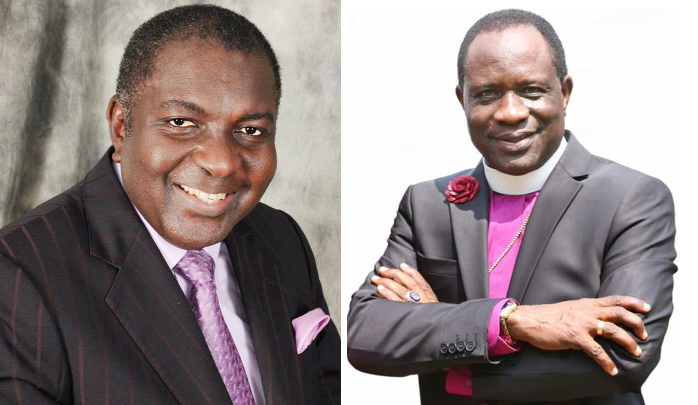 Unfortunately, he could not proceed to the USA as his luggage containing all his vital documents never arrived at their final destination in Nigeria where he was headed. They all went missing.

Somehow, young George managed to find employment as a Credit Control Officer with the Nigerian Universal Bank in Kaduna, then known as the Kaduna Cooperative Bank.

After listening to a sermon that highlighted the importance of names to him, he searched to find the meaning of the name Oppong given to him at birth but to no avail.

His search for the meaning led him to change his name from Oppong to Adjeman which could literally be translated as ‘saviour of nations’ in Akan.

That he did because he believed his life had a meaning and so should his name.