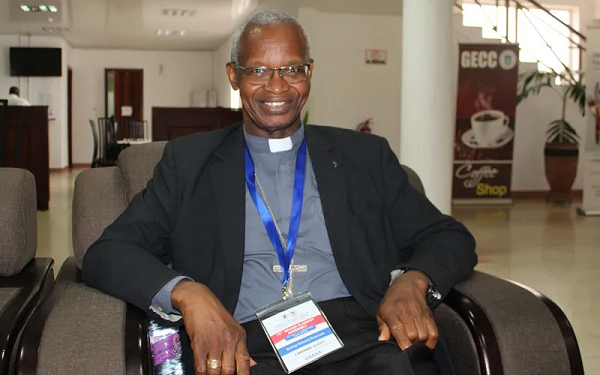 The Ghanaian Cardinal-designate, Bishop Richard Kuuia Baawobr, has been elected the President of the Symposium of Episcopal Conference of Africa and Madagascar (SECAM).

Vatican News reports that the Bishop of Ghana’s Catholic Diocese of Wa who was named Cardinal on May 29 was elected Saturday, July 30, the eve of the Eucharistic celebration to mark the conclusion of the 19th Plenary Assembly of SECAM in Ghana’s capital city, Accra.

Bishop Baawobr, 63, takes over from Philippe Cardinal Ouedraogo who has led SECAM since July 2019.

Also elected with Bishop Baawobr were two vice presidents, Cardinal Fridolin Ambongo Besungu of the Archdiocese of Kinshasa in the Democratic Republic of Congo (DRC) and Bishop Lucio Andrice Muandula of the Diocese of Xai-Xai, Mozambique.

The Ghanaian Bishop, ordained a Priest in July 1987 is among 21 new Cardinals to be created in the next Consistory scheduled for August 27.

Following his election, Bishop Baawobr said his election as SECAM President came as a total surprise.

"I was surprised that they elected me because this is my first time participating at a SECAM meeting. At the same time, I am grateful that they have elected me. I see it as trust that they are showing in me … for now, I cannot say these are my priorities," he said.

"It is important that we first listen to the regional Episcopal Conferences, and it is good that our SECAM standing committee is comprised of regional conferences. I also find that the theme we discussed at this Plenary, Ownership of SECAM; Security and Migration in Africa and the Islands, is a good starting point".

Called to serve and to listen

On May 29, 2022, Pope Francis announced that at a consistory scheduled for 27 August, he would create new cardinals for the Church. Among those will be the Cardinal-designate, Bishop Baawobr. Asked by Vatican News what all these new appointments mean to him personally, Bishop Baawobr said the bottom line was that they are all a call to serve.

"What all this means for me as Cardinal-elect and President of SECAM, I think, is that both are a call to serve God through my brothers and sisters and by listening to them," said the Ghanaian prelate.