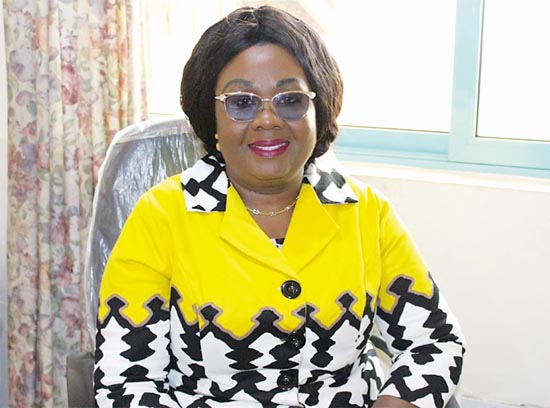 The Association of Women in the Media (ASWIM) says it is excited to, once again, join all women in the country and the world over to mark this year’s International Women’s Day.

A statement issued to mark the day, said it had noted with pride the outstanding roles women were playing to stem this pandemic, which had taken more than 2.5 million lives worldwide and continued to disrupt socio-economic activities.

“ASWIM salutes women who are at the forefront of the battle against COVID-19, as front-line and health sector workers, as scientists, researchers, doctors, community organisers, journalists, caregivers and sanitary workers, among others,” it said.

That said the association commended the President Nana Addo Dankwa Akufo-Addo, for his sterling leadership in the management of the pandemic, which had seen very bold decisions and social interventions to alleviate the otherwise dire impact of the crisis on the poor and vulnerable.

It said there was no doubt that the challenges brought about by the pandemic required very exceptional leadership skills, dedication, innovation, resilience, courage and sacrifices for women in leadership roles to accomplish their tasks.

Marked on every March 8, the day is commemorated to celebrate the achievements of women in the social, economic, political and cultural lives of citizens.

The day which has been observed since 1911, and was formalised by the UN in 1975, is also used to rekindle the struggle for gender parity and women’s empowerment towards making the world a better place.

The struggle seeks to eliminate stigma, stereotypes and violence and create a future that is sustainable and peaceful, with equal rights and opportunities for all.

To reflect our present realities, the United Nations Women has chosen: "Women in leadership: Achieving an equal future in a COVID-19 world", as the theme for 2021.

It is being used to highlight the efforts of women and girls around the world in shaping a more equal future and recovery from the COVID-19 pandemic and bring into focus the gaps that remain.

The statement, therefore, acknowledged heroines such as Ngozi Okonjo-Iweala who has become the first woman, and an African, to lead the World Trade Organisation.

The statement added that it also recognised the Chief of Staff, Akosua Frema Osei-Opare, the Chairperson of the Electoral Commission, Mrs. Jean Adukwei Mensa, the Chairperson of the Board of Trustees of the COVID-19 National Trust Fund, former Chief Justice Sophia Akuffo, and the Chief Executive Officer of the National Board for Small Scale Industries, Mrs. Kosi Yankey Ayeh, for their stewardship during this era of the COVID-19 pandemic.

“Also shining in this pandemic era to inspire other women are Chief Executive Officer of the Food and Drugs Authority (FDA) Mrs. Delese A.A. Darko, the CEO of Vodafone Ghana, Mrs. Patricia Obo-Nai, the Managing Director of Absa Bank Ghana, Mrs. Abena Osei-Poku, the CEO of Standard Chartered Bank, Mansa Nettey, and the Reverend Mrs. Gifty Lamptey, Chairperson of the Sidalco Group of Companies,” it said.

The statement said while applauding the strides made over the years towards gender parity, ASWIM, nonetheless, acknowledged that a lot more needed to be done as the pandemic threatened to erode the gains made.

ASWIM said it was also worth mentioning the UN Secretary-General’s recent report which revealed that women were Heads of State or Government in 22 countries, and only 24.9 per cent of national parliamentarians were women.

“The report calls for an improvement in the rate of progress, as at the current pace gender equality among Heads of Government will take another 130 years.

ASWIM also supported calls for all stakeholders to actively and continually work in unison to address the obstacles that impeded increasing women's representation in political, corporate and other public and formal leadership spaces.

“Also, the government must strengthen its gender responsive budgeting in the ministries, departments and agencies (MDAs) and Metropolitan, municipal and district assemblies (MMDAs),” it said.

It said there should also be increased investments in the Livelihood Empowerment against Poverty (LEAP) programmes, while women in the informal sector of the economy, who had lost their livelihoods in the pandemic, must be supported to revive them.

ASWIM expressed the hope that the Eighth Parliament of the Fourth Republic would speedily pass the Affirmative Action Bill.

ASWIM said it firmly believed that having an Affirmative Action Law would leapfrog the balancing of the gender inequality scale, which had tilted power in favour of men as a result of centuries of discrimination and deep-rooted patriarchy.