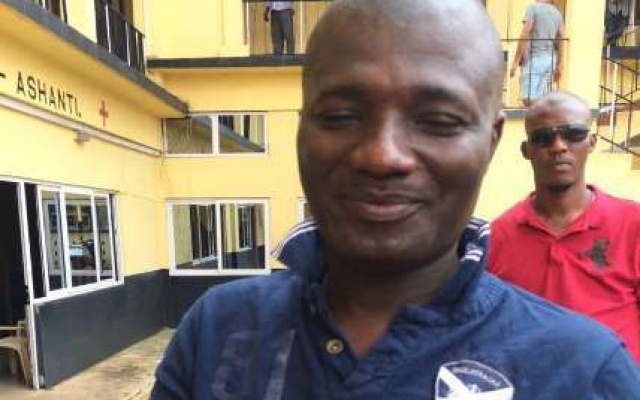 Appiah Stadium, a serial caller and a member of the National Democratic Congress (NDC), has been transferred to the police headquarters in Accra after he was arrested earlier on Tuesday in Kumasi in connection with allegations made by him that President Nana Addo Dankwa Akufo-Addo smokes ‘wee’ [marijuana], which is banned substance in Ghana.

The Ashanti Regional Police Public Relations Officer, ASP Juliana Obeng, has explained Appiah Stadium also known as Frank Kwaku Appiah was arrested on Tuesday following orders from the police headquarters in Accra.“We got instruction from the national headquarters to help them with the arrest of Appiah Stadium and that is exactly what we have done. As I speak to you, Appiah Stadium is on his way to the National CID Headquarters. When we arrested him, we immediately put him in a car off to Accra,” she said.The NDC serial caller was heard in a recent audio recording that went viral saying that the President, Akufo-Addo, smokes ‘wee’.