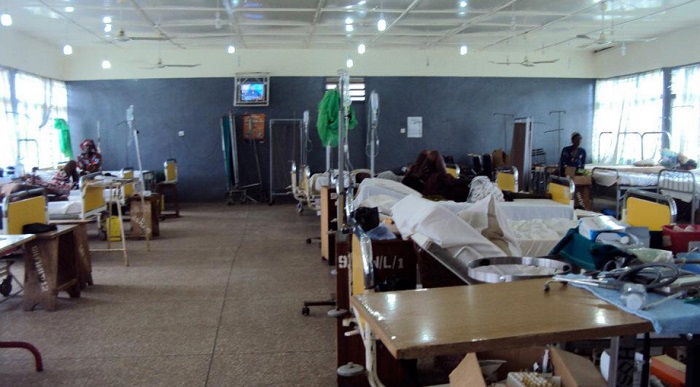 Lack of equipment has been identified as the major challenge confronting quality healthcare in the Ahafo Ano South District in the Ashanti Region.

The Director of Health Services in the Ahafo Ano South District, Mr Reuben Bedzrah, who announced this, explained that although the district had many health facilities which were ready to provide the much needed health care, lack of equipment in the facilities hindered the personnel from performing to the best of their ability.

He has, therefore, appealed to the government, Members of Parliament (MPs) for the area, district  assemblies, philanthropists and other stakeholders to, as a matter of urgency, come to the aid of the district to enable them to give their best healthcare to the people.

The meeting brought together various stakeholders in the health sector in the district and beyond to brainstorm the state of healthcare in the district, challenges and gains made, among other issues, as they discussed how to make headway in the new year.

The district director was full of praise for the health workers for their dedication towards quality health care in the district despite the lack of medical equipment, among other challenges.

He explained further that due to the strategic location of the district between the Ashanti and the Brong Ahafo regions, many people from those areas used the district as the first port of call in terms of healthcare, hence the pressure on the small district hospital.

The district director lamented the interference of some traditional birth attendants (TBAs) in the district, who did not want some women in their communities to give birth in health facilities, saying that that posed great danger to the pregnant women and their unborn babies, since the TBAs could not manage complications in times of delivery, leading to fatalities.

Mr Bedzrah explained that to find a lasting solution to the issue with the TBAs, the Ahafo Ano South District Health Management Team (DHMT) had instituted some incentives to TBAs who referred cases to the health facilities.

The incentive package and the other negotiations are aimed at ensuring that the district wins the war against maternal death and child mortality in the district.

A representative of the Regional Directorate of Health Services, Nana Boakye Ababio, lauded the staff and management of the district health service for their dedication and selflessness in the delivery of health care in the district over the years.

He appealed to the personnel to see quality health care as a priority and treat their patients with the greatest respect, since people who come to their facilities may behave in ways without knowing it due to their health conditions.

The occasion was used to honour four health workers who excelled in their duties in relation to customer care and showing dedication in the provision of quality health care to their clients.

They were presented with different kinds of gifts in honour of the good service and raising the image of the Ghana Health Service in the district.

Two of the awards were picked by the Midwife in charge of the Ahwerewam Community Health Planning Services (CHPS) compound, Madam Hanna Afranie, who took home parcels and an undisclosed amount of money donated by Nana Ababio to motivate others to emulate the good service.

He also donated GH¢ 500 to maintenance work being undertaken at the Kunsu-Doteim CHPS compound.