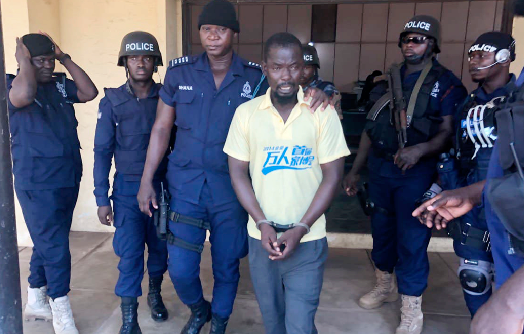 Asabke Alangdi pleaded not guilty to charges of conspiracy to commit murder and murder
30.5k Shares

A prosecution witness has testified that Adams Mahama, then Upper East Regional Chairman of the New Patriotic Party (NPP) who was allegedly murdered in 2015, revealed his killers to him before he died.

Tofic Mutallah, a friend and business partner of Mahama, told the Accra High Court yesterday that the politician mentioned Gregory Afoko and Asabke Alangdi, the two accused of Mahama’s murder, as those who poured a substance believed to be acid on him.

“He called me, held my hand and said ‘Tofic, Gregory and Asabke were the ones who poured the substance on me’,” the witness said.

While fighting for his life at the Bolgatanga General Hospital, Mutallah said, Mahama also begged him to take care of his family in the event he (Mahama) died.

“He said in case he passes away, I should take care of his wife and children for him. He also told me to send his corpse to his hometown for burial,” the witness added. 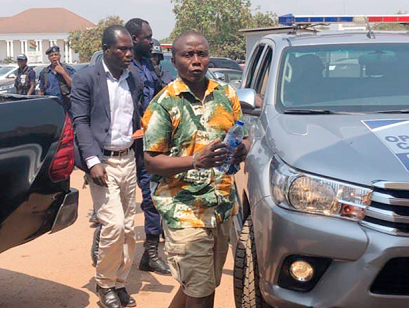 Afoko and Alangdi have denied any knowledge of the murder of the former NPP Regional Chairman, and have pleaded not guilty to two counts of conspiracy to commit murder and murder.

Mutallah, who gave his evidence-in-chief in Hausa, was testyfying at the court, presided over by Justice Afua Merley Wood, a Justice of the Court of Appeal, sitting as a High Court judge.

Led by the prosecutor, Ms. Marina Appiah Opare, a Chief State Attorney, Mutallah took the court through what was supposed to be Mahama’s last day as a healthy person on earth before his death.

The witness, who described himself as a building and road contractor, the same line of business Mahama did, said on May 20, 2015, he was with Mahama at a construction site where Mahama was putting up a hotel.

According to him, after working on the site all day, the two went for a meeting with a group of NPP youth from Bawku in the evening.

The meeting, he said, ended around 10:30 p.m., after which Mahama, and another person he named as Zakari, departed to their various homes around 11 p.m.

He said shortly after he got home, he got a call from Mahama’s wife — Hajia Zainabu Adams.

Mutallah added that when he got to the hospital, Mahama was in a terrible state with parts of the skin of his body peeled off.

He said it was during his stay at the hospital that Mahama heard his voice and told him that it was Gregory and Asabke who poured the substance, believed to be acid, on him.

During cross-examination, counsel for Afoko, Stephen Sowah Charway, asked the witness about the timelines of the events he (witness) had narrated to the court.

The witness was able to tell counsel when the said meeting ended and when he parted ways with Mahama, but was unable to tell the exact time that Mahama’s wife called him or when he got to the hospital.

“I’m putting it to you that you’re not being truthful to the court,” Charway told the witness.

Mutallah disagreed and replied that “I will never tell lies, I have sworn on the Holy Quran and, therefore, I will not lie”.
The cross-examination will continue today.

Adams Mahama suffered severe bodily injuries after a substance suspected to be acid was allegedly poured on him in front of his house in Bolgatanga on May 20, 2015.

He later died from the injuries at the Bolgatanga General Hospital.

After more than three years of trial, the Attorney-General (A-G) filed a nolle prosequi on January 28, 2019, to discontinue the trial following the arrest of Alangdi, a situation that led to a new trial.