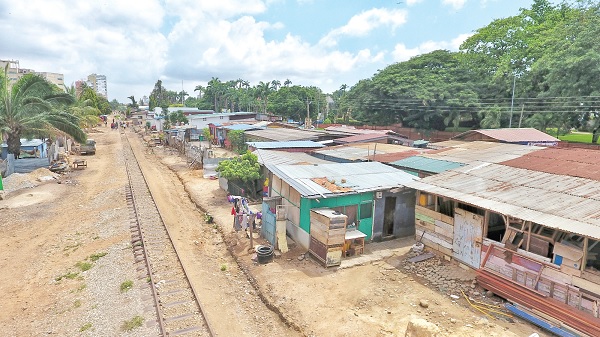 The resumption of scheduled rides on the Accra-Tema and Accra-Nsawam railway lines cannot be because there are still some challenges to be resolved before getting the rail transport service going.

According to the Ghana Railway Development Authority (GRDA), key among those challenges were the conversion of all narrow gauges into standard gauges and the procurement of new coaches to run the lines to make the service efficient.

The Chief Executive of the GRDA, Yaw Owusu, told the Daily Graphic in an interview yesterday that it was uncertain when the service would return.

“There are still some challenges that we need to tackle before we can start operations; so as of now, I cannot tell you when the train services will resume,” he said.

Seven months ago, the Minister of Railways Development, John Peter Amewu, announced that the ministry had completed rehabilitation works on the lines and indicated that the Ghana Railway Company Limited (GRCL) and the GRDA would roll out the services after joint test runs on the lines to ensure the safety of passengers.

However, that is yet to happen, as the 10 coaches refurbished for the bouncing back of the train shuttle have been absent on both lines after the few test runs.

Explaining why the services had not resumed, Mr Owusu said the 40-km Kantamanto-Nsawam and the 30-km Accra–Tema lines were both narrow gauges which the government had decided to convert to standard gauges, in conformity with modern practices.

He said the narrow gauges were built during the colonial era and were to connect less-populated regions, but with populations increasing around the world, narrow gauge lines were being converted to standard gauges, hence the decision of the government to replicate same in the country.

He added that aside from converting the narrow gauge lines to standard gauge ones, the government would have to procure trains that could run on standard gauges because the commercial trains in the country now were all built to run on narrow gauges.

No train has run on the Kantamanto-Nsawam or the Accra–Tema lines since March 20, 2020, although they were once blistering rail lines that served as means of transport for traders and commuters who lived at the eastern and the western sides of the capital city.

During the period, moves to resuscitate the railway infrastructure in the national capital have stalled, raising questions about the commitment of the authorities to revive the city’s rail transport.

In the absence of the trains, the Daily Graphic observed that there was massive encroachment along the rail tracks, mostly at Kantamanto in the city centre, with makeshift residential settlements taking over the few train stations dotted along the route.

There are also lotto kiosks, eateries, mobile money stalls and second-hand clothing sales points operating from the belly of the railway sleepers.

At some places, scores of broken-down vehicles have been abandoned on the rail lines.

The activities of squatters have also led to the generation of heaps of waste along the shoulders of the rail lines and in the belly of the sleepers.

Sources familiar with the areas told the Daily Graphic that some of the makeshift residential structures also served as brothels and safe havens for criminals.

In its bid to develop the country’s railway infrastructure, the government has outlined its ambition for three rail projects worth a combined $12.9 billion.

The projects, along with 13 others, were included in an investment brochure compiled by the government for the UN’s 2021 SDG Investment Fair.

The first project, which is currently at the feasibility stage, is the development of a light rail transit network comprising seven corridors in Kumasi.

The $5.8-billion project is due to start in 2025 and will be developed through a public-private partnership (PPP), with 70 per cent of the financing through debt and the remaining 30 per cent through equity.

It will be implemented under a 30-year concession, with a net present value of $404 million, a financial internal rate of return of 15.6 per cent and a benefit-cost ratio of 1.12.

The 672-km Central Spine Line, also currently at the feasibility stage, will run from the centre of Kumasi via Mankranso, Bechem, Sunyani, Techiman, Kintampo, Buipe, Tamale, Walewale, Bolgatanga, Navrongo to Paga, near the Burkina Faso border.

The funding brochure also includes 14 projects at early stages, including the trans-ECOWAS railway, which is at the pre-feasibility stage, and the proposed 550km east-west, mixed-traffic line to run from Aflao on the Togo border to Elubo on the border with Côte d’Ivoire, with a branch line to Keta.