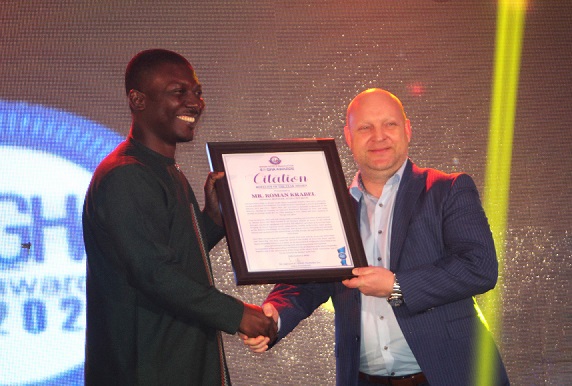 The Ghana Hotels Association has named the General Manager of Accra City Hotel, Mr Roman Krabel, as the Hotelier of the Year 2019 at the fourth edition of the awards in Accra.

The Ghana Hotels Association (GHA) awards event celebrates the country’s most exceptional hotel keepers who distinguish themselves in the delivery of service to their clients.

On the night which was filled with cultural and musical performances, the association also honoured President Nana Addo Dankwa Akufo-Addo, for declaring the Year of Return, which impacted significantly on their businesses and the economy.

Mr Krabel was rewarded because of the management, leadership and communications skills he displayed in transforming the Accra City Hotel, which became locally owned after the Accor Group of Hotels divested its interest in it.

He was also applauded for his highest levels of excellence, commitment to employees and young people starting out in the industry.

The judging panel described him as “a terrific role model for future hoteliers who has been at the forefront of operating such visionary hotel as the Accra City Hotel.”

Commenting on the award, Mr Krabel said though he was proud of what he had achieved, he did not expect to receive such level of recognition from his peers, bearing in mind the high competition in the industry and the equally professional managers.

“I am thrilled and delighted by the award,” he said.

The President of the GHA, Dr Edward Ackah-Nyamike Jnr, who read the citation, described Mr Krabel as one of the dynamic hoteliers of the moment, with a track record of innovation and has brought fresh energy and vision to weary hotels.

The Ghana Hotels Association was formed in 1975 and is made up of managing proprietors, managing directors or accredited representatives of hotels, motels and guesthouses that have been certified and licensed by the Ghana Tourism Authority (GTA) to offer accommodation, catering and other tourism services in Ghana.