17 Killed in road accident near Kumasi 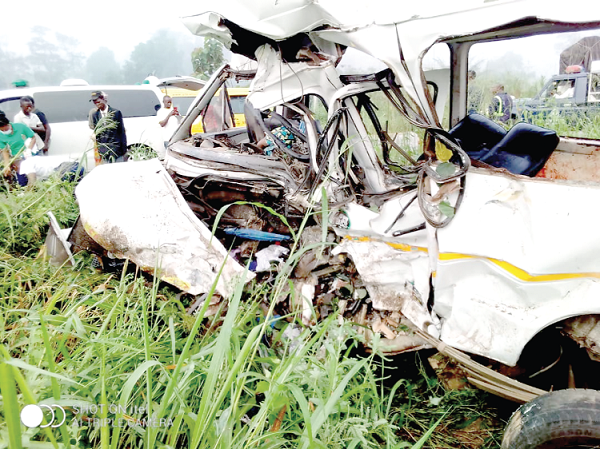 Seventeen people - including 10 children - died yesterday dawn when the bus they were travelling on collided with an articulated truck on the Offinso-Techiman road in the Ashanti Region.

The accident, said to have occurred around 3:30 a.m. near the Abofour Forest, happened when the Man Diesel articulated truck veered off its lane and crashed into the bus.

The 29 passengers aboard the bus, along with the driver and the conductor, were rushed to the St Patrick Catholic Hospital at Maase, near Offinso, where 17 of them were pronounced dead on arrival.

Seven of the deceased were adults, six of them female.

Twelve injured children and the driver’s mate remain hospitalised, while the driver has been treated and discharged.

The Ashanti Regional Commander of the Motor Transport and Traffic Department, Superintendent of Police Emmanuel Adu-Boahene, confirmed the accident to the Daily Graphic, and said the bodies had been deposited at the morgue of the St Patrick Catholic Hospital awaiting identification and collection.

Supt Adu-Boahene said the injured were responding to treatment, and appealed to the general public to help the police identify the deceased.