13 Arrested over attack on police officers in Northern Region 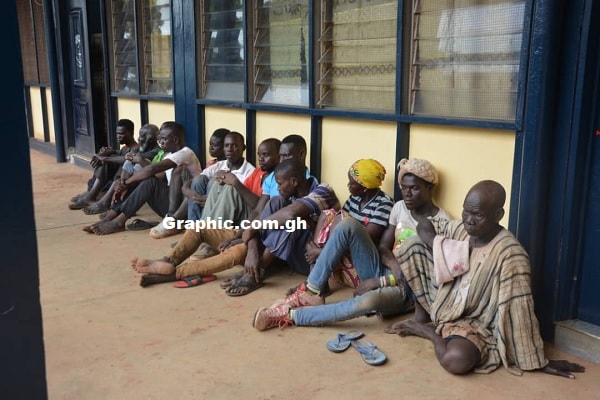 The police in Tamale have rounded up 13 persons who allegedly attacked some police officers and damaged their vehicle while on duty at Libga, a community near Savelugu in the Northern Region.

The police officers were assigned to the community on Wednesday, August 28 to invite a suspect, Iddrisu Ziblim who is wanted in a case of causing harm.

However, the community members attacked the officers and caused damage to the police vehicle in an attempt to prevent them from arresting the suspect.

He said 13 suspects including a female were arrested and that a search on the female led to  the recovery of a single barrel gun.

All the 13 suspects were on Wednesday arraigned before the Tamale Magistrate court presided over Mr Issifu Amadu.

Ten of the suspects have been remanded into prison custody to reappear on September 2, 2019 while three of them including the female were granted bail.