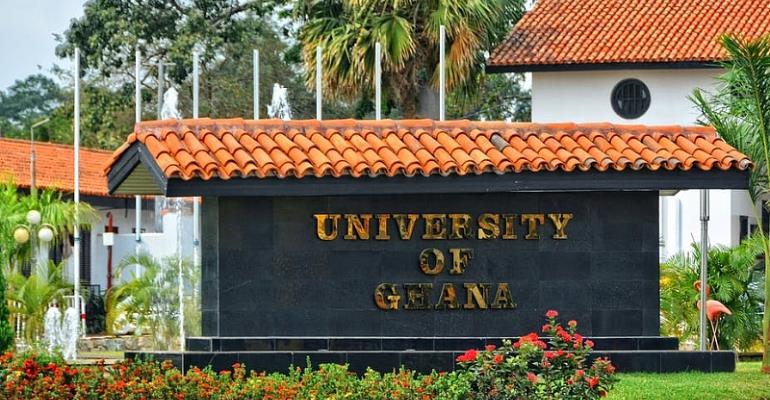 The perennial challenges first-year students of the University of Ghana face in securing accommodation on the university’s campus persists.

The university authorities are blaming the situation on inadequate accommodation to serve the 16,000 freshmen admitted this year as the available rooms can accommodate only 6,000 students.

The Pro-Vice-Chancellor of the university in charge of Academic and Student Affairs, Professor Gordon A Awandare, in an interview yesterday, told the Daily Graphic that the problem had persisted over the years due to the inadequate accommodation space for the number of admitted students, explaining that this year, for instance, the university admitted about 16,000 students while only 6,000 students could be accommodated.

“We were only able to upload about 1,500 rooms, but there are 16,000 students trying to get accommodation so that’s why within five minutes it’s full. There is no trick there, it is just the pressure,” he explained.

He said the university was doing everything possible to remedy the situation, but unfortunately it was faced with challenges such as inadequate financial resources.

“It is a problem that bothers us and we are working very hard to resolve it,” he said.

The students who attempted to register when the portal was opened at 9a.m, said they were unable to access the portal meant to allow them to get entry into the various halls of residence of the university.

While some of the students complained about not being able to get access to the portal, others said they were granted access but were locked out from the page that allowed one to select a hall and subsequently a room.

For those who were fortunate to be able to access the page for the selection of the halls, they said they could not go beyond that point as the system froze and became unresponsive to their selections.

Although yesterday was the opening day for students to go through their course registration at their various departments, most of them who had showed up on campus were more concerned about their accommodation.

When the Daily Graphic visited the university campus,yesterday, some of the students and their parents had trooped there to try and resolve their predicaments.

Most of the students and parents the Daily Graphic spoke with looked very anxious, helpless and angry, as they had no idea what was going to happen next.

It was unclear when the portal shut, but as of 11a.m. when the Daily Graphic team visited the university campus, it observed that some of the students and their parents were still trying to see if they could access the portal.

Apart from the traditional halls, almost all the other halls had many students trooping there, with the hope of securing a place.

Some of the students who spoke to the Daily Graphic expressed dismay about the situation, wondering why the country’s premier university had not been able to find a solution to this challenge that comes up every year.

A Bachelor of Arts student who gave her name as Elizabeth said she was on campus to complete her manual registration after she was unable to secure a room on the portal.

“I came here to finish my manual registration processes because I have accepted that I won’t get into any halls. From the moment it was opened, the portal kept telling me it was full.

I don’t even know what to do now, I’ll just try to rent around somewhere, I just hope I can afford it,” she said.

Another fresher, Mavis, said the entire process was daunting and psychologically stressful.

“I have been roaming since morning trying to figure out what is going on. In less than five minutes the portal said rooms were full. I cannot be coming from home every day,” she lamented.

For Collins, who gained admission to the School of Biological Sciences, he said he had heard about the university’s accommodation challenges in the past but never envisaged that it was this bad.

“I came here thinking being close to the source would enable me to secure a room easily, but I was disappointed. All I can do now is continue with my manual registration and leave the rest to fate,” he said.

Last Tuesday, hundreds of students also went to Evandy Hostels, hoping to secure a room as an alternative to avoid the stress of securing one through the portal, but most of them were left disappointed as it ended up being a venture for ‘’protocol where parents arrived in their big vehicles, jumped the queue and in no time, secured rooms for their wards,’’ a group of freshmen told the Daily Graphic.

One parent expressed utter disappointment when she spoke to the Daily Graphic. She said even though she was aware of the hall problems, she was hopeful it would have been resolved this year.

“At this point, we will wait till the end of the week, if we do not secure a room, my daughter will have to come from home because fortunately we live at Madina,” she said.

There were others who were fortunate as their application went through successfully after a few attempts.

“My boy had to try about three times before finally getting access to a room. It is just one of those things where you become the lucky one out of thousands,” a parent whose son gained entry into Commonwealth Hall, said with relief, though he described the process as hectic.

No resources to expand

The Pro-Vice-Chancellor said inadequate accommodation for students remained the greatest challenge facing the university, which he said had persisted for many years.

He indicated that unlike other universities where private hostels were easily accessible and cheaper, UG was located in Accra, making accommodation very expensive.

“Our colleague universities like KNUST and University of Cape Coast are in areas where there’s vast land for private people to build and develop hostels, but it’s very difficult here due to expensive land, so invariably most students have to be on the main campus.

“Unfortunately, the university is unable to meet the demand,” he said.

Prof. Awandare explained that the government and the university do not have resources to build enough hostels to accommodate more students and therefore, there was the need for the involvement of the private sector.

To compound the problem, he said the cost of building in Accra vis-a-vis charging reasonable hostel fees for students do not make building of hostels economically attractive for investors.

“The reality is that we need more accommodation, but government doesn’t have money and neither do we, what we can do is to convince the private sector to come on board,” he said.

Prof. Awandare denied allegations that the authorities were hoarding the rooms for some students or students on “protocol list.”

Explaining the process, he said the halls normally reserved some rooms for sports and disabled students and released the rest which is put online for the other students.

“Each hall has its own requirements with how many they can make available, citing reasons such as sports and rooms for person with disability. So they reserve rooms for such people and release the rest to us,” he said.

On plans to resolve the problem, Prof. Awandare said the university had embarked on many hostel projects and had also given land leases to investors to build private hostels

“There’s one the university itself is completing which we thought would be ready by now, but it is not, hopefully next academic year.

“Also, our GUSS, which is our Retirement Fund, is about to build a hostel. Managers are still going through the procurement process to get a contractor to start working on it and that will also augment the accommodation on campus,” he said.

Additionally, the Pro-Vice-Chancellor said the university had annexed a private hostel near the University of Professional Studies, Accra (UPSA) which will bring on board 650 beds.