TUTAG unhappy over conditions of service 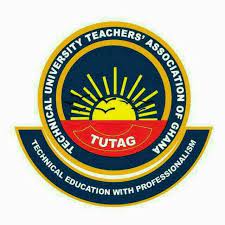 Members of the Technical University Teachers Association of Ghana (TUTAG) have, once again, expressed disquiet over their conditions of service.

In a communique issued at the end of the association's 43rd Congress at the Takoradi Technical University, the association focused on what it said was the worsening conditions of service of technical university staff.

The association said, much as government has shown commitment to achieving parity of the prestige for technical universities staff, many of the conditions were still based on the old Polytechnic conditions.

Delay
It complained about government's apparent delay in writing for the approval of a negotiated conditions of service between managements of technical universities and the unions.

The communique signed by the national president, Ing. Surv. Dr. Collins Ameyaw and the General Secretary, Dr. Zakari Abubakari, called on government to honour its agreement with TUTAG resulting from the National Labour Commission's ruling in 2019.

"Members are not happy that long after UTAG had completed negotiations, the government has delayed in issuing a letter to extend the same allowances to TUTAG members," the communique said.

Correct perception
While demanding their pound of flesh, TUTAG said it was it was working to change the perception that it was only known for strike actions and other forms of industrial unrest.

The association urged government to take a second look at its scheme of service in general, including appointments and promotions criteria for members.

Accreditation
TUTAG commended the Minister of Education, Dr Yaw Adutwum, and the Ghana Tertiary Education Commission (GTEC) for facilitating the process of programme accreditation submitted by the Technical Universities to GTEC.

"However, members felt that GTEC could do more in getting our postgraduate accreditation application from TUs to go through quickly and smoothly, as well.”

The association called for more support for technical universities and a solution to an impasse between Tamale Technical University lecturers and senior management.