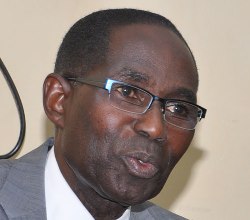 About 24,000 pupils from 120 basic schools in the Bosomtwe District of the Ashanti Region were unable to write their end-of-term examinations because the examination papers could not be printed due to a lack of funds.

According to Bosomtwe District Director of Education William Awuni, both teachers and pupils in the district had adequately prepared for the examination but a delay in releasing a capitation prevented them from participating in the examination.

He said that this is the second time that a delay in the release of funds has prevented exams from being printed and therefore taken, explaining that a similar incident occurred in 2011.

While expressing concern over the situation, Mr Awuni noted that the Education Directorate received its capitation grant of GH¢35,000 when schools were preparing to vacate.

He said the Conference of Heads of Basic Schools (CHOBS) in the district, together with the District Directorate of Education and the Bosomtwe District Assembly, had signed a Memorandum of Understanding (MoU) that allowed pupils in the district to write a common examination.

That, according to him, was to standardise and streamline teaching and learning activities in the district.

He said they further agreed not to collect any levy from the pupils in the form of examination fees but rather use part of the capitation grant to print the examination questions.

The district director further explained that prior to the signing of the MoU, teachers were sacking pupils for their failure to pay printing fees, a situation that created truancy and undermined academic work.

Asked when the pupils would be assessed, Mr Awuni said that now that the money had been released, all pupils will write their examinations in January next year.

District Chief Executive Edward Nti Berko confirmed that the assembly had received a budget of GH¢27,000 for the printing of examination papers.

Some of the pupils who spoke to the Daily Graphic expressed concern over the postponement of their examination, explaining that under the circumstances, they would have to use time meant for academic work to write the examination.

"Teachers use periods supposed for the teaching of new topics to supervise examination, mark examination papers and prepare reports. This seriously affects academic work," they complained.