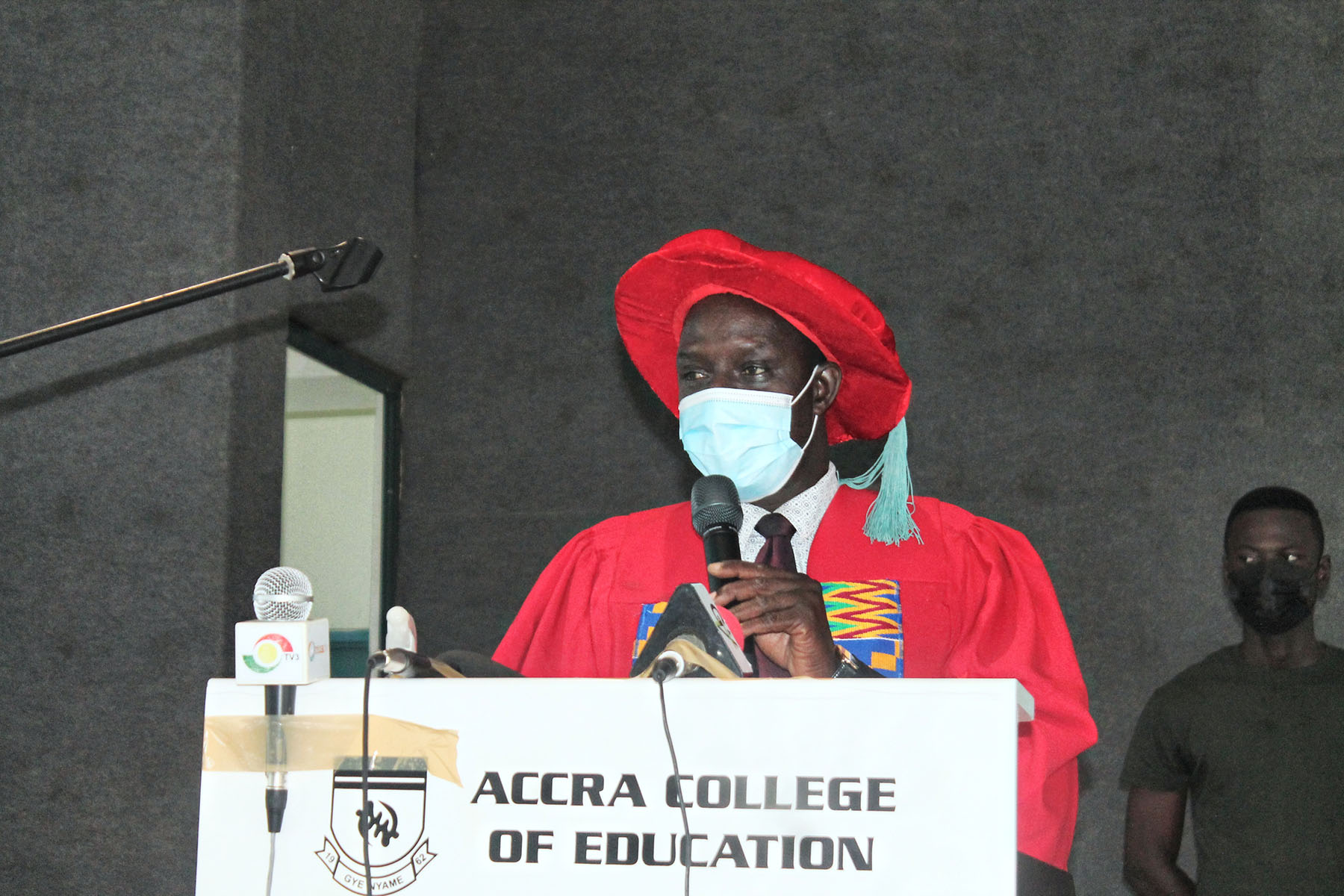 Limited infrastructure remains a major setback in the admission of students to the Accra College of Education (ACE), the Principal of the College, Dr Samuel Awinkene Atintono, has said.

According to him, although the number of applicants increased each year, the school was unable to admit more prospective students due to inadequate classrooms and boarding facilities.

Dr Atintono was speaking at the third matriculation ceremony of students for the 2020/2021 academic year.

This year, 420 students were admitted as against 350 last year, an increase of 20 per cent.

The increase, he explained, was due to the admission of students of the first batch of the Free Senior High School beneficiaries.

Dr Atintono, therefore, appealed to the government and other corporate organisations to support the college to expand its infrastructure to enable it to admit more students.

Dr Atintono said some of the fresh students (40) would be undertaking a four-year Bachelor of Education degree in Early Childhood Education which the college had introduced this academic year.

Others would also pursue four-year degree courses in primary and junior high education.

He said the college was also strengthening its counselling and guidance unit, and had already appointed a coordinator to assist students who might have some difficulty adapting to learning strategies.

The principal mentioned other initiatives to include the improvement and extension of Internet connectivity to all facilities on campus.

Other programmes it plans to undertake are furnishing of a modern information and communications technology (ICT) centre, construction of hostels and staff housing facilities, establishment of a clinic and the rehabilitation of existing buildings.