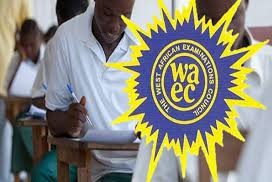 With the payment, it is now left with about GH¢46.7 million, which is the outstanding arrears to be cleared by the government.

The Head of Public Affairs of the WAEC, Agnes Teye-Cudjoe, made this known in an interview with the Daily Graphic.

The Ranking Member on the Education Committee of Parliament, Peter Kwasi Nortsu-Kotoe, had warned that WAEC might be forced to postpone the 2022 School Candidates WASSCE, if government failed to release an amount of GH¢96,694,432.40 to enable it to engage in a number of pre-examination activities, including the payment of transportation and allowances for examiners, supervisors, invigilators and depot-keepers.

Mr Nortsu-Kotoe, who is also the National Democratic Congress (NDC) Member of Parliament (MP) for Akatsi North, said information available to the Minority in Parliament indicated that to date, the Ministry of Education had not released any money to WAEC for the conduct of the 2022 WASSCE, which was expected to commence from August 1, 2022.

He said four other countries that constituted WAEC — Nigeria, Sierra Leone, The Gambia and Liberia — had all conducted their 2022 WASSCE already leaving out only Ghana and so, any further delay of the release of funds to WAEC could lead to the postponement of the examination.

But Mrs Teye-Cudjoe gave an assurance that the WASSCE for school candidates would come off, adding that the examination was not in limbo as was being speculated.

Mrs Teye-Cudjoe indicated that the council was very prepared for the examination, adding that it was starting with the project work for Visual Arts from August 1, 2022 to August 19, 2022 to end the practical works.

The written aspect would then commence on August 24, 2022.

The Head of Public Affairs of WAEC explained that candidates in Ghana were going to have parallel examination questions with the same difficulty levels like the ones the candidates wrote in the other four member countries.

“The questions would have the same difficulty levels and would not be the same questions that the candidates in the other countries wrote, because the past questions are already out there and we cannot write the same thing,” she emphasised.

Mrs Teye-Cudjoe advised candidates who would be writing in Ghana to be on the look-out for persons who would lie to them that they had the questions and that they should part with some money, if they wanted them.

The candidates, she said, should, therefore, stick to their books and not allow themselves to be misled by some persons.

Regarding security, she said all the requisite and enhanced security measures had been put in place for a smooth conduct of the examination.

“We have put in place enhanced security measures with the collaboration of the external security agencies. We have also done a few other things that we would like to keep to ourselves, so we are ready for the examination,” she said.