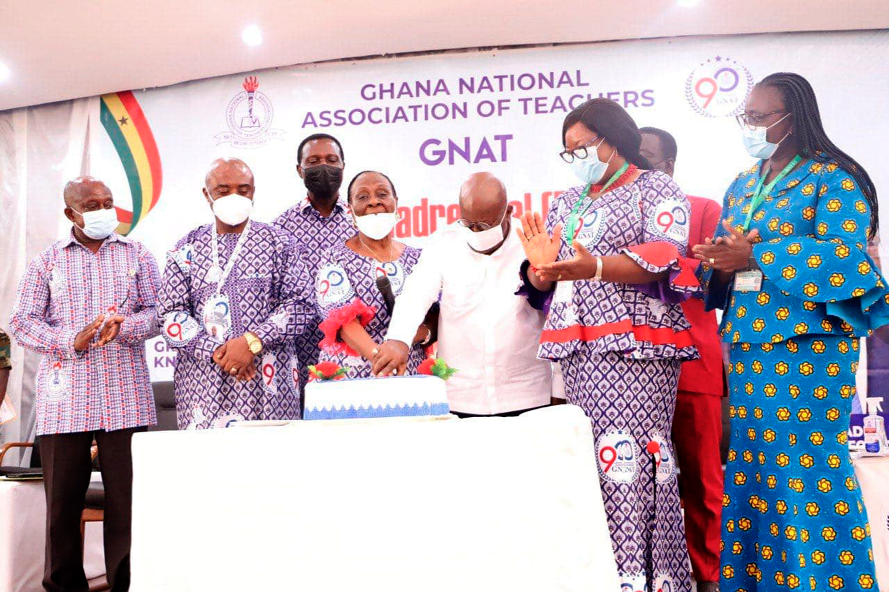 The government has started rolling out a scheme to grant teachers subsidized loans for them to purchase homes at locations of their choice across the country.

As part of the scheme, the Ministry of Education is collaborating with the Ministry of Works and Housing and the National Service Scheme, which will provide personnel for the construction work, to deliver houses for teachers.

President Nana Addo Dankwa Akufo-Addo announced this in Kumasi yesterday when he launched the sixth quadrennial and 53rd national delegates conference of the Ghana National Association of Teachers (GNAT).

The January 3-8, 2022 conference, which also marks the 90th anniversary of the union, is on the theme: "Surviving as a reliable teacher union in the 21st century".

President Akufo-Addo said within the next two years, the government wanted to build about 10,000 affordable houses for teachers for a start.

The teachers would have the opportunity to own the facilities, either through a mortgage scheme or other preferred means such as rent-to-own, he said.

The decision, according to him, was hinged on the fact that many years ago, teachers were well respected and earned decent salaries which could help them put up their own houses, but same could not be said of them today.

"This is not good enough; and the government remains committed to improving the circumstances of the teacher," President Akufo-Addo said.

"Teaching should not be seen as a stop-gap measure or a job of last resort. It must be considered as one of the most viable and respected professions," he added.

President Akufo-Addo applauded teachers for playing a crucial role during the peak period of the COVID-19 pandemic by ensuring that the educational curriculum was not truncated.

He said the current global economic workforce required skilled human capital and the free SHS policy was to help nurture the intellectual capacity of every Ghanaian child.

"This is the surest way of succeeding by adding value to the Ghanaian economy, thereby helping to create acceptable paying jobs,” he said.

The President said the government was pursuing several reforms, including pre-tertiary and tertiary curriculum reforms at all levels.

That, he said, formed part of its vision to transform education to produce a skilled and confident workforce to drive Ghana's agenda towards industrialisation.

He urged Ghanaians to pay attention to teachers because, according to him, "it is only a well-trained and motivated teacher who can help develop the educated and skilled workforce required to transform the economy”.

The Minister of Employment and Labour Relations, Mr Ignatius Baffour Awuah, said public sector workers would enjoy a seven per cent salary increment this year, up from the four per cent received last year.

The President of GNAT, Ms Philippa Larsen, said while waiting for the government's housing policy to take off, teachers needed some stopgap measures to house those suffering and improve on their working conditions.

The Secretary-General of the Trades Union Congress (TUC), Dr Anthony Yaw Baah, urged GNAT to constantly renew its commitment to the values that had seen the union through the last 90 years.

That, according to him, included the protection of the interest of teachers and the strengthening of TUC-GNAT ties to provide a solid foundation for the future.