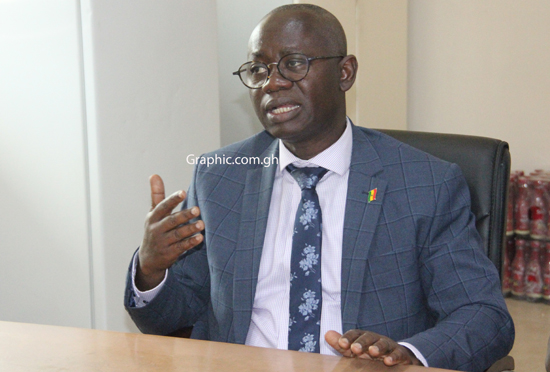 All Form Three senior high school (SHS) students are to report to school on Sunday, January 5, next year to continue academic work.

This will be about two months ahead of the actual reopening date of March 1, next year.

The early arrangement is an intervention by the Ghana Education Service (GES) to adequately prepare the students for the West African Senior School Certificate Examination (WASSCE).

The Director-General of the GES, Professor Kwasi Opoku-Amankwa, said the students would be expected to stay in school until they began the WASSCE, which would be written between May and June next year.

Explaining the rationale for the early reopening for Form Three students in an interview with the Daily Graphic, Prof. Opoku-Amankwa said the idea was to enable them to adequately prepare for the examination.

He, however, explained that the only group that would not be in school would be the Form Two Gold Track students, who would go back to school on March 1, 2020.

He explained that when the Form Two Gold students returned on March 1, 2020, they would have uninterrupted academic work until August 28, 2020, “even though they will have a one-week break from June 27 to July 12, 2020 for the second semester”.

Prof. Opoku-Amankwa explained that the one-week break was to allow the students to rest, instead of being in school continuously for six months.

He further explained that the idea "is to make sure that we provide enough academic interventions for them before their WASSCE in May/June 2020”.

“We also designed the academic calendar in that way so that they will not be at home for a long period of time,” he said.

He explained that per the academic calendar, Form Three students would enjoy uninterrupted quality time in school from January until they completed the WASSCE.

“The team came up with some resource persons and they developed a workshop to support the rest of the schools,” he told the Daily Graphic.

He said at the workshop, they developed strategies for planning school-specific academic interventions, adding that when the training was over, they were dispatched in four teams to go round to assess the needs of schools.

“The first team started in Wa and moved to Damongo, then to Techiman, Sunyani, Goaso and Sefwi-Wiawso, where it met with heads of schools, assistant heads (Academic) and the heads of departments.

“So in each place, depending on the number of schools, they spend one or two days, but if they are more than 25, they are broken into two groups because we want small groups so that they can actually have time to work with them,” Prof. Opoku-Amankwa explained.

“As I’m speaking to you, they are working with the last groups in Sefwi-Wiawso, Cape Coast, Takoradi and in Ho,” he added.